Pittman murder trial to be rescheduled 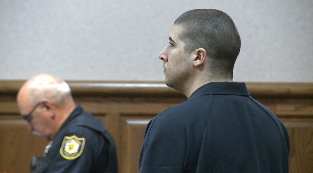 JACKSON, Tenn. — Another delay came Monday in the murder case of Union University student Olivia Greenlee. Accused killer Charles Pittman was back before a judge and facing a deadline to enter a plea deal or go to trial, but Pittman was given a reprieve. The plea deadline in the death of his fiancee is extended at least a week as the Sept. 28 date for any potential trial seems just as hard to pin down. The state’s blood splatter expert has a conflict during that time. “We’ll come back Monday and look at the week about stacking it on Oct. 26 and a new plea cutoff at that point based on the new date,” Circuit Court Judge Roy Morgan Jr. said Monday. If the proposed Oct. 26 date doesn’t work to start the trial, it could be put off until the beginning of 2016, almost two years after Greenlee’s homicide. The defense said it’s still waiting for evidence to be processed before they’ll consider a plea. “We don’t know all of the facts,” Public Defender George Googe said after the hearing Monday morning. “We don’t know the strengths and weaknesses of the state’s case yet. All that, from the attorney’s point of view, needs to be known before I can even advise the client.” The prosecution said their progress also depends on when they can get key evidence. The state’s attorney, Jody Pickens, said they’re expecting blood splatter evidence to be released within the next two weeks. They then will try to get a time frame as far as the distance determination about how far the weapon was away from the victim’s head at the time she was shot. Pittman’s next hearing is set for 8 a.m. Monday when Judge Morgan said they’ll set a new plea cutoff date as well as a date for his first-degree murder trial.