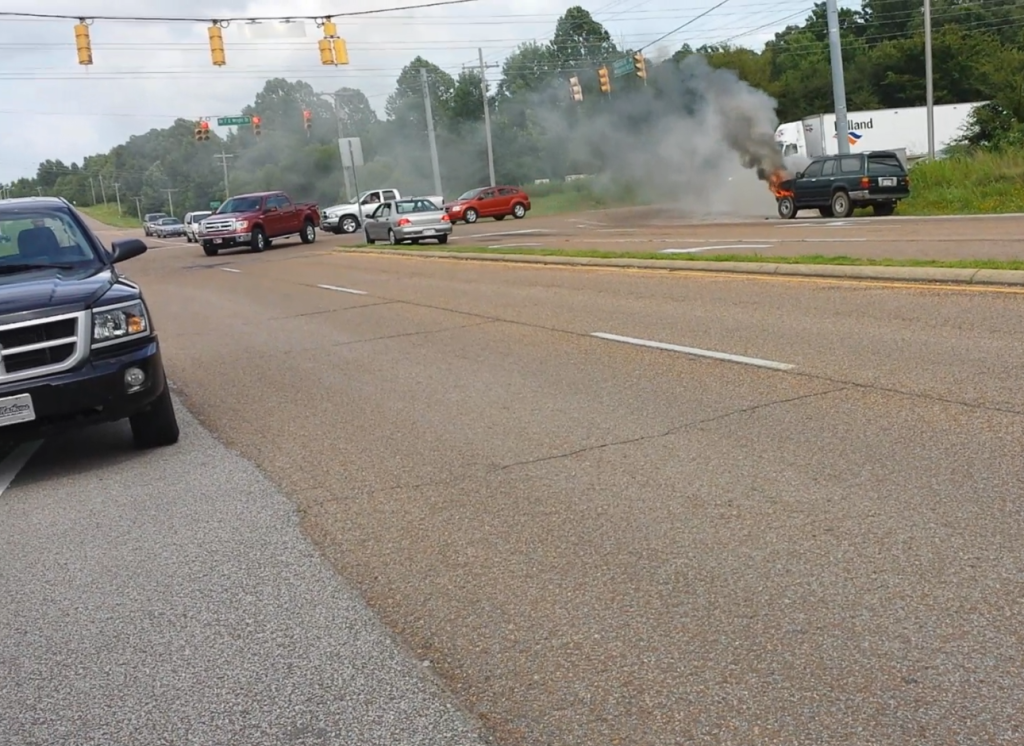 EAST JACKSON — Traffic was shut down at an east Jackson intersection after an SUV caught fire Tuesday afternoon. WBBJ 7 Eyewitness News viewer Tony Hernandez sent video of the SUV on fire at the intersection of Ridgecrest Road and Dr. F.E. Wright Drive. The driver, who was able to get out safely, said he had visited a mechanic earlier Tuesday. No one else was in the vehicle. It took firefighters about 30 minutes to put out the fire.