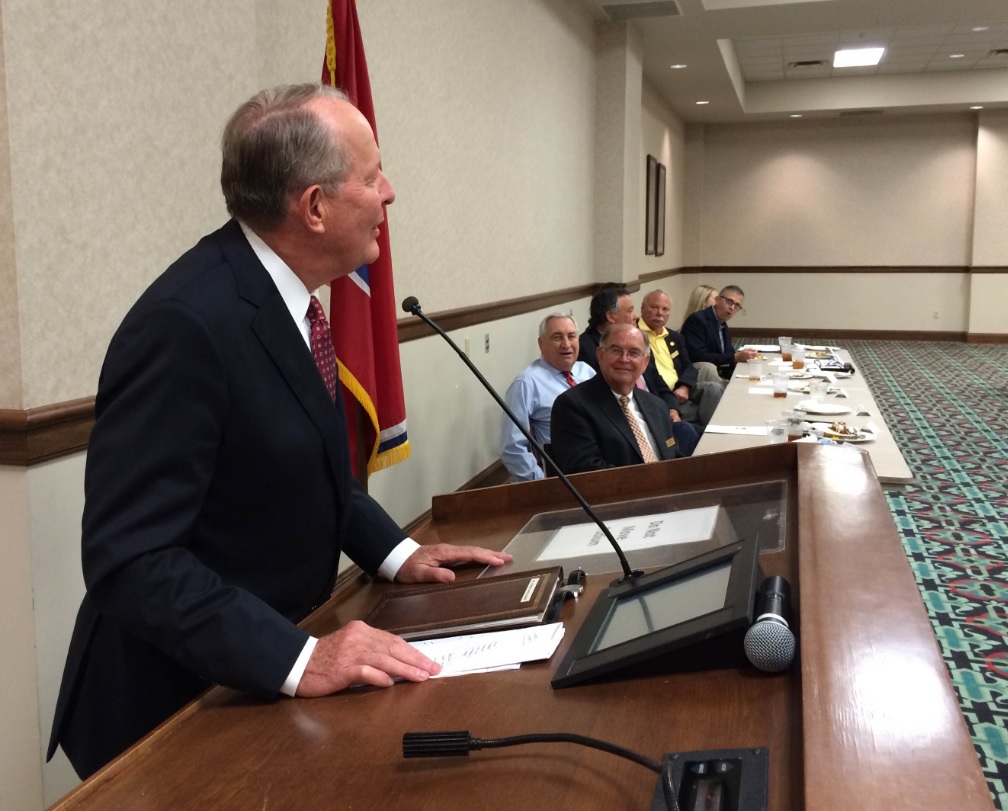 DYERSBURG, Tenn. — U.S. Senator Lamar Alexander was in West Tennessee Monday for a luncheon hosted by the Dyersburg Chamber of Commerce. Alexander was in town to speak about his education bill intended to fix No Child Left Behind, which passed the Senate last week by a vote of 81-17. Alexander also weighed in on the discussion about whether service members should be armed at recruiting centers. He said he believes it should be up to the military to give the OK on allowing weapons in recruitment centers for protection.