Local Marine recruiter responds to possibility of being armed at work 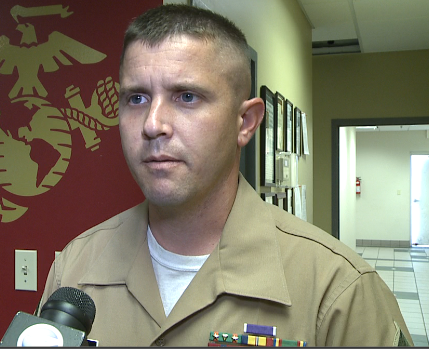 JACKSON, Tenn. — New, temporary security measures have been implemented for Tennessee National Guard recruiters in Chattanooga. In a news release issued on Wednesday, Gov. Bill Haslam said he has temporarily repositioned its soldiers previously in storefront recruiting locations to local National Guard armories. Haslam said the move is to allow a review of the facilities and look at what additional security measures are necessary to improve safety. The governor is unable to issue orders affecting U.S. military recruiters. However, Tennessee’s members of congress hope to step in. This week in a bipartisan effort, Congressmen Scott DesJarlais, a republican, and Steve Cohen, a democrat, introduced the Enhanced Safety at Military Installations Act. It has the backing of the entire Tennessee delegation and would allow service members with arms training to carry military-issued weapons at recruitment locations. A Marine recruiter in Jackson said he hates to see being armed at work as the answer, especially in the United States, but that he understands it may be necessary. “As long as you’re a competent individual, I don’t see a problem with it,” Staff Sgt. Scottie Carter said. Also on Wednesday, Senate Majority Leader Mark Norris of Collierville told the Associated Press that legislative committees plan to meet in the next few weeks to assess the state’s security status.