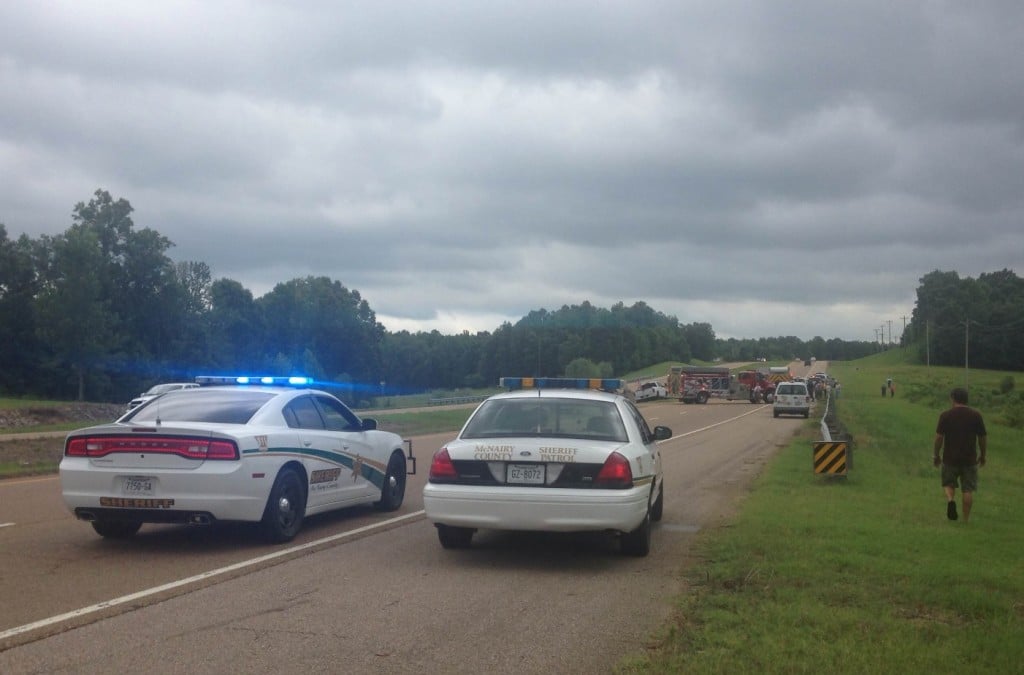 McNAIRY COUNTY, Tenn. — Troopers confirm one person has died after a Thursday afternoon single-vehicle wreck. Jessica Compton, 30, of Selmer died at the hospital. The two others in the car with Compton are from Ramer and Bethel Springs. Officials said they were critically injured in the crash. A car traveling eastbound on Highway 64 crossed the median and the westbound lanes before leaving the roadway and running into a ravine, according to Selmer Fire Chief Anthony Carr. The crash occurred just after 1 p.m. between Selmer and Adamsville. One person was trapped underneath the car, making for one of the most difficult extrications local first responders have ever had to perform, according to Carr. The two other victims were able to get out of the car themselves, Carr said. Carr said they had sought to have the person who had been trapped airlifted but that weather prevented helicopters from flying into the area. All three victims were taken to McNairy Regional Hospital. It is not yet known what caused the car to leave the roadway. The Tennessee Highway Patrol is taking over the investigation, Carr said. Multiple fire departments and the McNairy County Sheriff’s Office responded to the wreck. WBBJ 7 Eyewitness News will have more details as they become available.