Repition is the best teacher for Adamsville 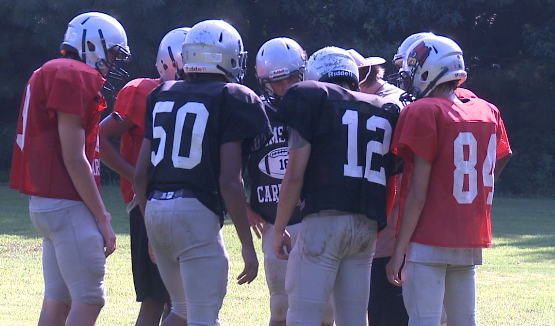 ADAMSVILLE, Tenn. – Playing in November during the high school football season means you’re one of the last teams standing. Adamsville’s football program has done that four straight seasons. That streak includes two runner-up finishes in the Class 2A State Championship and two state semifinal appearances. The goal this season is just to make the playoffs. “That’s why we play games that are tough because it gets you prepared for the playoffs,” head coach Brandon Gray said. “That’s our goal. As long as your get in, you got a chance.” Gray’s focus right now is becoming a team. Several new faces will step in important positions. “We got a lot of news kids this year and we got a lot of talent,” Gray said. “Hard thing for kids is going to be to know their role.” It’s hard to replace all-state players such as Ross Burcham or Jacob Dengler, but Gray is confident that his new group will step up. “Keep your guys going everyday in practice. Work them, work them, work them and throw them extra balls,” Gray said. “I tell my coaches that’s how you get your players better — practice, practice, practice.” The Cardinals first five games feature defending district champions.