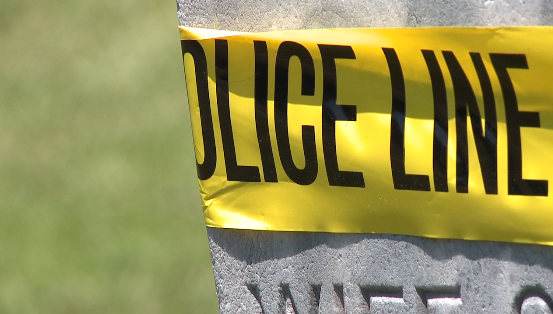 SAVANNAH, Tenn. — Some have tried to clean the three-word phrase “White Lives Matter” off of the tombstone of Queen Haley, ancestor of writer Alex Haley. The residue of the vandalism remains, but now police are working with what little evidence they have to find a suspect. “It’s been here for years. That’s why I can’t understand why you want to pick on it now,” Margaret Burns said. Burns visits the cemetery in Savannah nearly every day, spending time reflecting on the memories of family members. “I love them to death. They were always here for me,” Burns said. Family members of Queen Haley are grateful to one man, Ronnie Stewart, who worked Sunday afternoon to erase what he could of the hurtful phrase. The words have sparked a lot of feelings throughout the community. “I went home and I cried about it,” Burns said. “I prayed about it. I asked God why this should happen.” The headstone is wrapped in police tape, and although the wording is mostly erased, it doesn’t erase the seriousness of the crime. “We’re not just talking about somebody spray painting a stop sign, which is vandalism. We’re talking a venerated object, and that’s what headstones are. That is its own crime all by itself,” Police Chief Gary Will Jr. said. Will said his department has hired a company to clean what Stewart wasn’t able to erase, and the stone will be sealed. “We’ve had a lot of speculation, and speculation is fine, but it doesn’t matter what the reason is other than from our investigative standpoint,” Will said. Officials say the entire community is a victim of the crime, and that’s something Burns can agree with. “These people didn’t do anything to anyone. Leave them alone,” Burns said. Officials are asking anyone with information to call the Savannah Police Department at 731-925-4989.