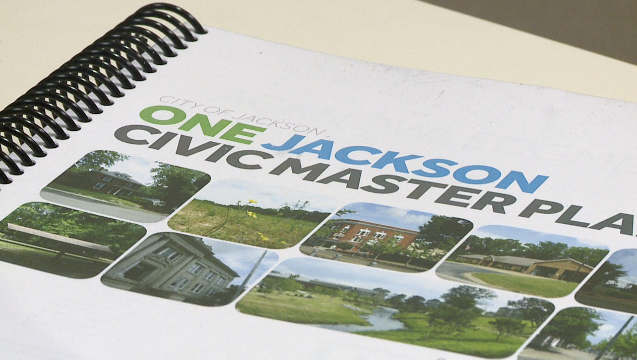 DOWNTOWN JACKSON — It’s been more than a year in the making, and on Tuesday the Hub City presents its new plan for the future. City councilors unanimously approved the city’s Civic Master Plan, but they say the citizens helped lay out this new path for Jackson. “We have literally hundreds of people here who live in our city, and their fingerprints are all over this document,” Jackson Mayor Jerry Gist said. Jackson’s next 20 years are laid out in hundreds of pages, all built by its citizens. “They invested their time, their thought, their passion into the development of it,” John Houseal with Houseal Lavigne Associates said. “They’re going to want to see it implemented.” The city’s master plan is meant to create “One Jackson” through redevelopment. “A lot of neighborhoods felt that they were the red-haired stepchild,” Houseal said. “They had been excluded in past decades from the initiatives of the city.” Many citizens say one of those forgotten areas is what some call a concrete wasteland near the Old Hickory Mall. “When I first came here there were stores on this side where the vacant ones are now,” resident Classie Sailers said. Vacant storefronts line the front of Jackson Plaza, overshadowing the few businesses that still call it home. But with this new master plan, the city hopes to change that.” “The North Highland corridor near the mall and Old Hickory where we have Jackson Plaza, that’s kind of been stale for the past 10 to 12 years,” Gist said. But with a bit of beautification such as street enhancements, landscaping and decorative lighting, Gist said they can easily take the growth they’ve seen downtown and move it north. “We’ve got to get to work,” Gist said. “We have a lot of work to do, and we’re not going to finish it up in just four years.” Although we were only able to show you one part of the extensive master plan, you can read the whole thing for yourself at the following address: http://www.hlplanning.com/portals/jackson/project-documents