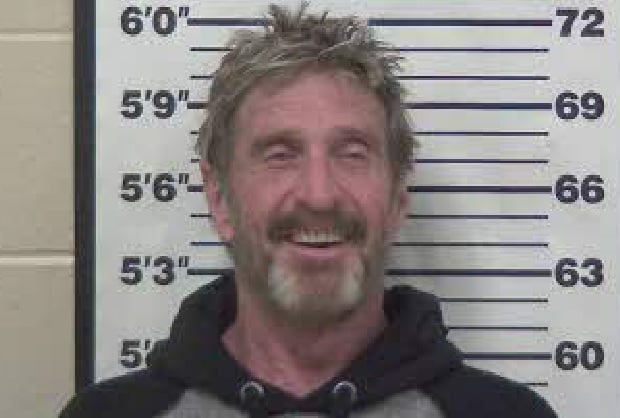 HENDERSON COUNTY, Tenn. — Software guru and West Tennessee resident John McAfee was arrested over the weekend on DUI and gun charges. McAfee was taken into custody around 8:45 p.m. Sunday on Highway 22, according to the Tennessee Highway Patrol. He is charged with DUI and possession of a firearm while intoxicated, according to the Henderson County Sheriff’s Department.