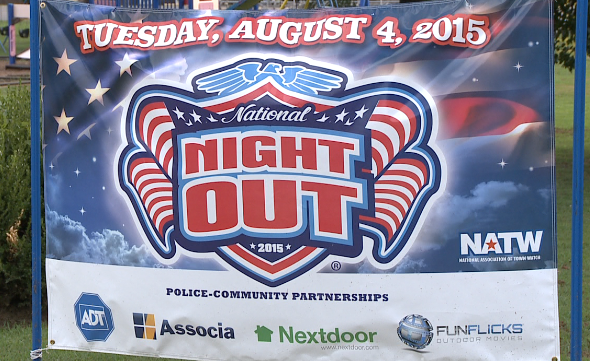 MILAN, Tenn. — Crime is dropping in one West Tennessee community, and authorities took a proactive measure Tuesday night to hopefully continue the decline. “I think it’s great and let them know all police are not bad,” Helen Kidd said. The Milan Police Department took part in a community outreach effort to bring together those with badges and those they serve and protect. “When people are involved in their neighborhoods, it helps us as police officers to keep the crime down in those neighborhoods,” Chief Bobby Sellers said. “If they see something out of the ordinary, they know to pick the phone up and call us.” And serious crime is down in Milan by 15 percent, according to new statistics released by the Tennessee Bureau of Investigation. “Our violent crime is down, our felony crime is down a lot and we want to continue that trend,” Sellers said. They are calling the outreach National Night Out, and Milan decided this year to expand it to four different areas in the city to help bring the community closer together. “When you get the chance to communicate and get to know people on a better level, when you do have those difficult moments they can reach back and say, ‘well, I saw him at National Night Out’ or ‘I’ve been around him in different situations before,'” Student Resource Office Nick Glenn said. “We need to do it more often and get the community involved, getting people more together,” Kidd said. “Understanding each other and knowing that crime doesn’t pay is important.” This approach is something Chief Sellers said is extremely important and something his family taught him early on. “My grandma always taught me that an ounce of prevention is always worth a pound of cure,” Sellers said. “So there may not be a lot of crime in certain areas in our city, and we want to keep that.”