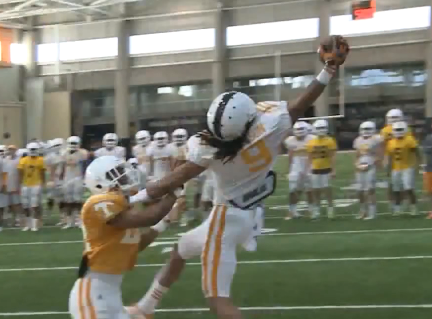 KNOXVILLE, Tenn. (AP) – Tennessee wide receiver Von Pearson won’t face criminal charges in connection with the rape investigation in which police named him as a suspect.

Knox County district attorney general Charme Allen issued a statement Wednesday in which she said that “after a thorough review of the investigation, I have decided there is insufficient evidence to sustain a criminal prosecution against Von Pearson.”

Pearson has been suspended from the team since Knoxville police issued a report April 24 that named him as a suspect. Tennessee coach Butch Jones said Monday that Pearson also was suspended from school.