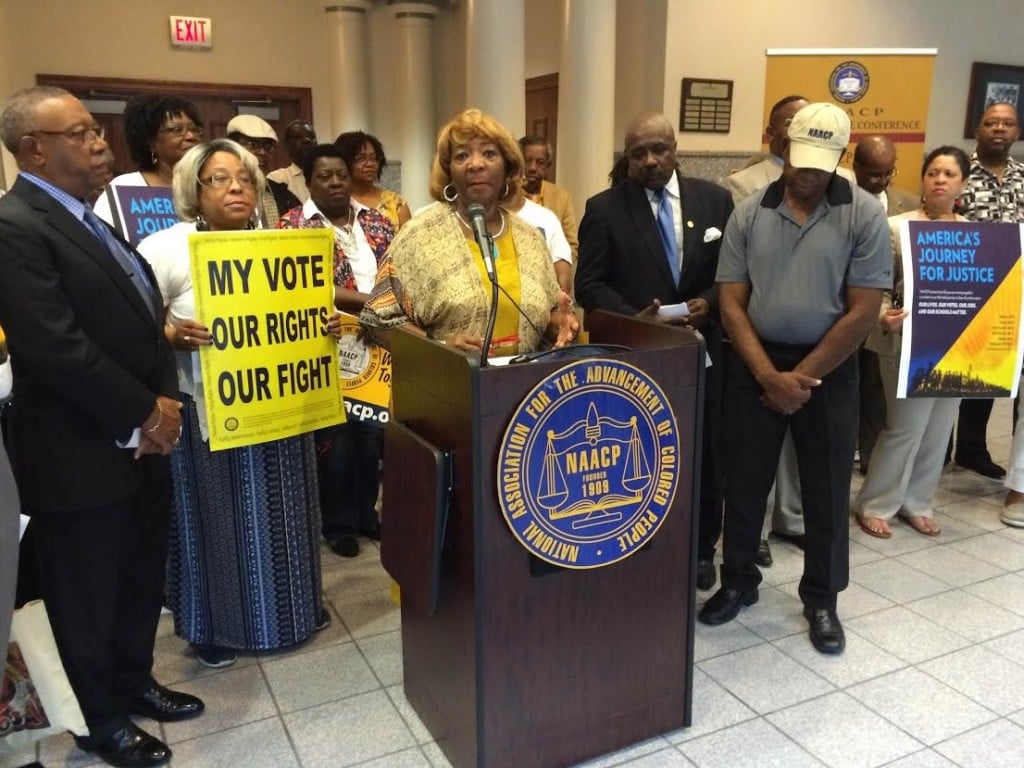 JACKSON, Tenn. — Members of the local chapter of the NAACP rallied Thursday to promote a march across the South arranged by the organization’s leaders. The NAACP’s America’s Journey for Justice is a march from Selma, Ala., to Washington, D.C., that began Aug. 1 and will conclude Sept. 16, according to an NAACP release. The 860-mile march commemorates the 50th anniversary of the Voting Rights Act and is being led by NAACP President and CEO Cornell William Brooks. “The Voting Rights Act has impacted the lives of people of color more than any other single piece of legislation passed during the Civil Rights Era,” the release states.