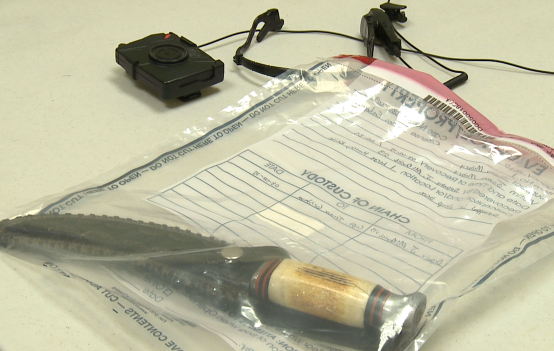 HENDERSON COUNTY, Tenn. — Body camera footage clears a deputy of allegations made by a man claiming he was shocked with a Taser after surrendering. The Henderson County Sheriff’s Office did an internal investigation into an Aug. 2 arrest involving Deputy Alan Nowell and James Mabry. Official documents said Mabry’s girlfriend, Michelle Waker, contacted Henderson County Sheriff Brian Duke “to express interest in filing a complaint.” Waker, Mabry and Brandyn Burt, whom Waker claims as her son, all allege Deputy Nowell used excessive force against Mabry in the August arrest. “His claims are every order he was given he followed 100 percent and was Tased anyway,” Henderson County Capt. Tracey Grisham said. Since 2014, all deputies have added body cameras to their uniforms. Capt. Grisham said Nowell activated his body camera while still en route to the call. Grisham said Nowell and Mabry were involved in a brief foot chase when Nowell responded to the call initially for a suicide threat. “Dispatch advises them the caller states your suspect is running out the back door with a knife,” he said. The body camera footage is still considered evidence and not being released to the public. Investigators said prior to Deputy Nowell activating the Taser, he can be heard ordering Mabry to surrender multiple times. Grisham said at one point the video shows Mabry holding his arms up and telling the Deputy to shoot him while still holding the large hunting knife. “With his right hand he comes up with the knife, and deputy Nowell then Tased him,” Grisham said. According to the body camera footage, Mabry, still holding the knife, falls to the ground, rolls around and continues to resist arrest. That’s something investigators said could be from a weak connection between Mabry and the Taser probes. “If they come out, if they get loose, you’re not going to have the full effect. You’re going to have problems getting compliance out of them,” Grisham said. “Mr. Mabry is clearly visible with free body movement and speaking while the Taser is cycling,” officials stated in a preliminary report. Nowell is believed to have used the Taser twice against Mabry “The Taser never activated again after he was in compliance,” officials said. The preliminary report states Waker and Mabry made eight allegations in the complaint. “All these allegations were proven to be false,” the report states. Burt, claiming to have witnessed the incident, made two false allegations in a written complaint. The three are charged with filing a false report. “If they were charged with it, [they] more than likely needed it,” Henderson County resident Tammy Lowe said. “I don’t see the law crossing the line when there’s cameras involved.” Deputies said the cameras worked exactly as they are intended to. “My guess is they were trying to screw over the county or get a lawsuit, and with the cameras they’re not going to get that,” Arnold Lovett said. Bond for all three is set at $1,000. Officials said Deputy Nowell did not break any use of force polices.