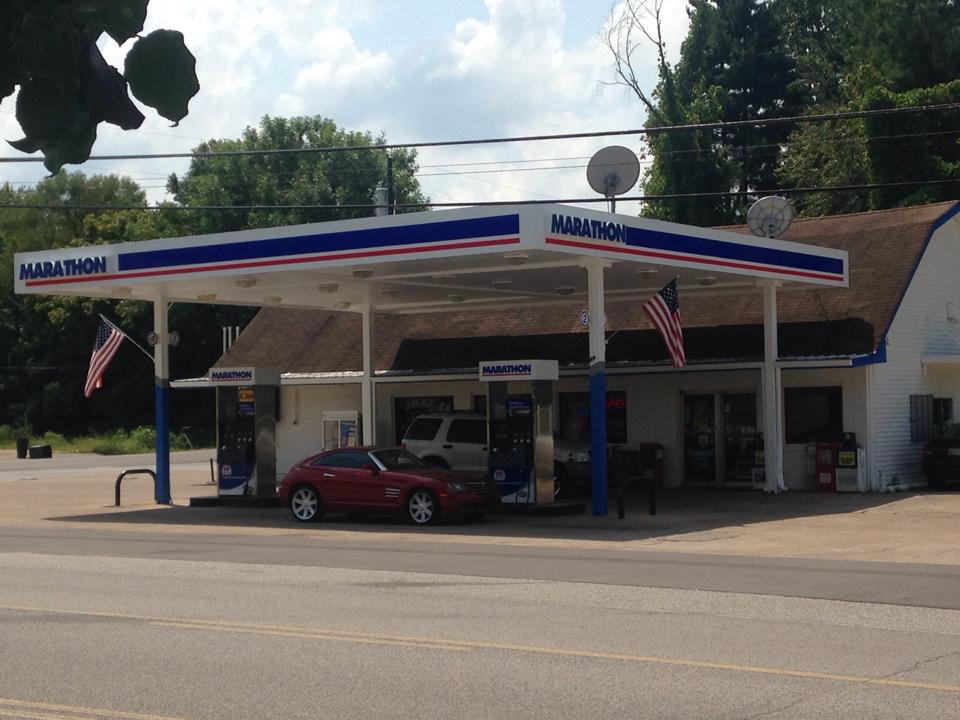 HENDERSON, Tenn. — Henderson police cite a Jackson couple caught on camera getting too frisky at a gas station. Police said Angel Lee Brogdon performed oral sex on her boyfriend, Jason Kelley, while he pumped gas at Odens Marathon convenience store. “It disgusted me more than it surprised me,” Savannah Trice said. Trice works across the street from the station. “They could’ve went home. They could’ve waited instead of doing it at a gas station,” she said. Investigators said they were called to the store, located at 375 North Church Street in Henderson, by an employee to investigate lewd acts in the parking lot. The indecent exposure was caught on store surveillance video, according to reports. Police said several witnesses could be seen catching a glimpse of the sexual activity. Richard Howard works next door to the station. “You crazy to sit up there and do that in front of one of the busiest stores in Henderson,” he said. Howard said the couple were disrespectful. “I wouldn’t do that in front of nobody, and I feel like you should have respect for other people,” Howard said. “Don’t nobody want to see that.” The couple was not arrested but given citations and are expected in court Sept. 8. Each faces a $500 fine for the misdemeanor citation.