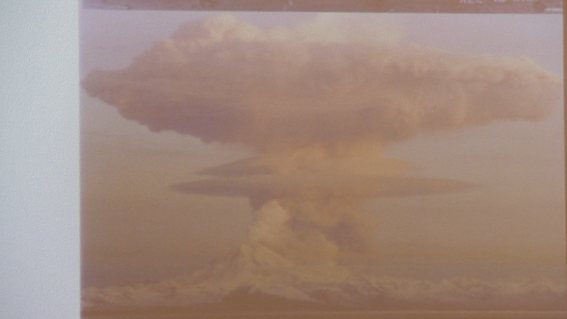 UNION CITY, Tenn. — The Discovery Park of America remembered the 70th anniversary of the end of WWII with special presentations about the atomic bomb. Visitors were able to go to three sessions to learn about nuclear bombs, Truman’s dilemma on whether or not he should drop the atomic bomb, and original “Duck and Cover” films from 1951 to learn what is was like during the dawn of the nuclear age. “This month is the 70th anniversary of the use of the atomic bombs at the end of WWII against Japan. We’ve put these programs in commemoration of that anniversary,” Assistant Education Coordinator for Discovery Park Chris Gunlefinger said. Visitors also were able to take a look at the park’s brand new STEM Landing, an exhibit that looks like the moon landed on earth. It displays different achievements in the STEM — or science, technology, engineering and mathematics — fields.