Police: Officer dragged by suspect, run over by car 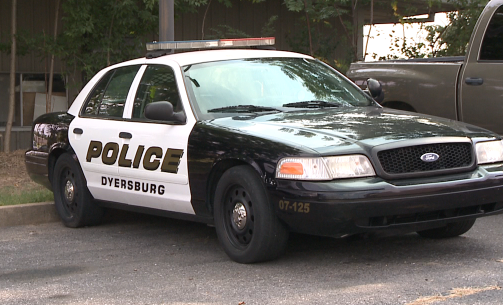 DYERSBURG, Tenn. — A West Tennessee police officer is recovering after officials say he was dragged down the road Monday night. Officials said it all happened when a suspect would not let go of his arm and hit the accelerator. “The police department comes out here and puts their lives on the line,” resident Shawn Crews said. “Some of these cops are good friends of mine, and for something like that to happen, it is sad.” Those strong words come from those who have heard about a Dyersburg police officer being dragged by his arm outside a gas station while questioning a suspect. “For somebody to drag a cop down a road for whether it was a drug bust or if it was a tag outdated, either way it’s not right,” Crews said. Law enforcement officials said the officer recognized the suspect and was questioning him about a warrant. That is when the suspect reportedly grabbed the officer by his arm and took off, running over a portion of his leg. Residents said it is violence like this that can tear a community apart. “I feel terrible because us as a city have been having a lot of violence going on, and it needs to stop,” Tiandra Gauldin said. “If we start together discussing the problems instead of trying to solve them with our own matter, everybody would be on the same page,” Natasha Thomas said. Thomas said she feels incidents like these are all too common across America, but she said no matter what, she wants justice served. “I want justice for the officer because even though I may sound a little biased, I don’t condone violence like that at all,” Thomas said. “I don’t think we should have to fear for stuff like that, especially here.” According to law enforcement officials, the man was arrested moments after the incident and currently is in jail. Though WBBJ 7 Eyewitness News talked with the Dyersburg Police Department several times Tuesday, the department has not released the names of the suspect or the officer.