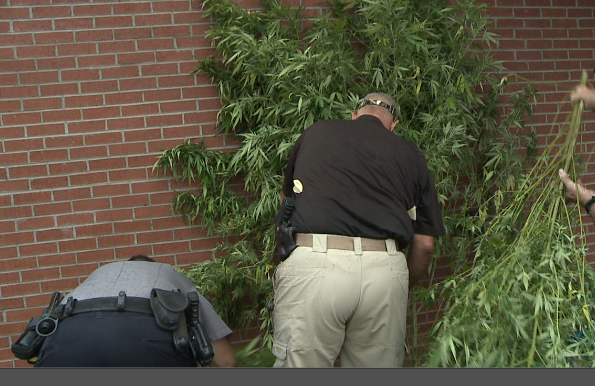 BENTON COUNTY, Tenn.-A massive marijuana growing operation is uncovered today in Benton County. Deputies said they recovered more than 30 plants growing in a remote field on the north end of the county. Officers said they found the plants after a THP helicopter flew over the area last week. Sheriff Kenny Christopher told WBBJ 7 Eyewitness News this grow is just one many he believes are still out in the area. “We have a few more areas in the county that we want to hit. It’s harvest time here in Tennessee, so it’s time to be looking and hopefully we can get some more over the next few days,” said Sheriff Christopher. Investigators said they are still unsure who was growing the marijuana. If you suspect drug activity near you, you are asked to call the Benton County Sheriff’s Dept. at (731) 584-4632.