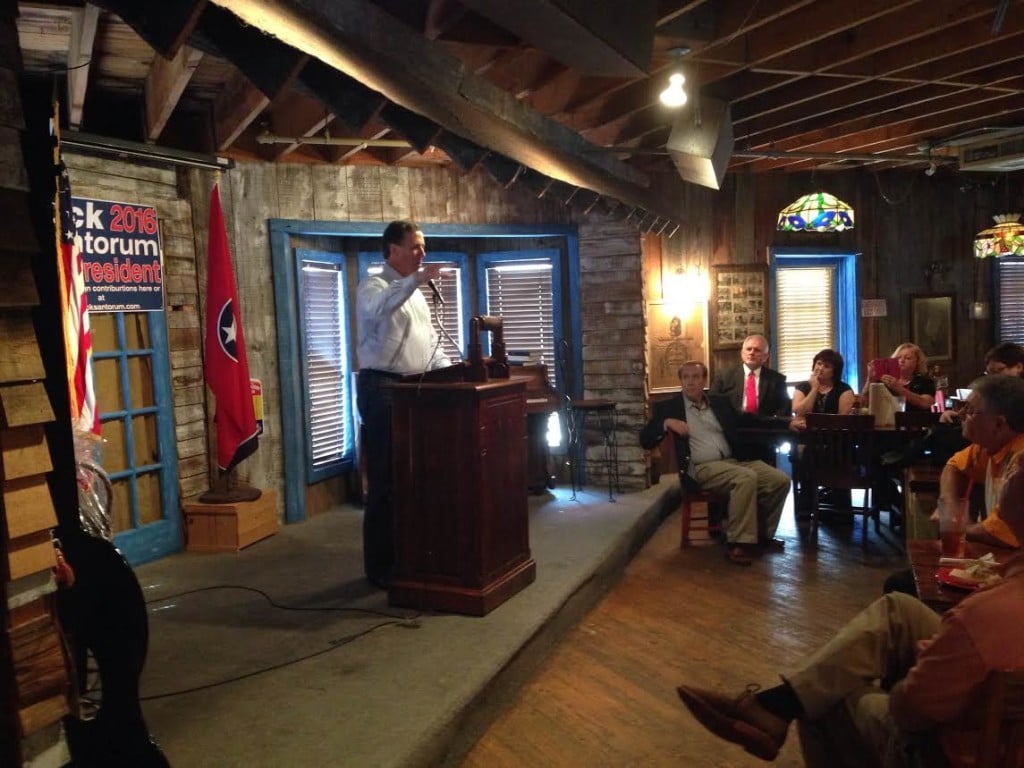 JACKSON, Tenn. — Former congressman and senator Rick Santorum packed in three campaign stops on Friday. “We’d always wanted to make this a hub for various candidates to come through, and it’s come to fruition,” Madison County Republican Party Chairman Mike Peery said. Being the anniversary of Sept. 11, Santorum first talked with voters in the Hub City about what he believes is America’s greatest threat. “It was apparent to me 10 to 12 years ago Iran was the greatest future threat to our country, both dangerous on the short term, ISIS, and long term, Iran,” Santorum said. In Lexington, the candidate discussed taxes and why the country’s businesses invest overseas. “They don’t bring the money back because it’s taxed up to 40 percent if you bring it back,” Santorum said. Santorum’s final stop was at Parker’s Crossroads where voters gathered to hear what his campaign is all about. He hopes after all the stops his mission will also be on the minds of West Tennesseans. This isn’t the first time this Republican candidate has run for office, but he said there are more issues to confront now than ever before. He talked about dealing with Iran’s nuclear issues, the Supreme Court’s ruling on gay marriage licenses, and the rights of natural born citizens. “We have to educate people as to who’s the candidate who has the experience, who’s made big changes in Washington and moved the conservative needle,” Santorum said. The candidate said stopping in states that typically vote with the conservative ticket like Tennessee is always an encouragement. Super Tuesday is March 1 in Tennessee.