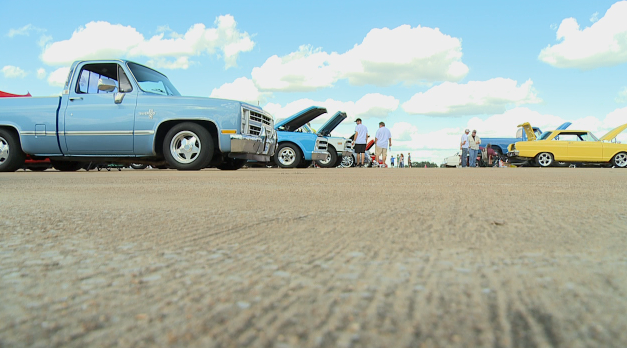 MADISON COUNTY, Tenn.– More than 500 people made their way to the Tennessee Army National Guard Support Facility in Madison County to compete, admire, and show their hottest motors on wheels in the 2nd annual Fallen Aviators Car Show. All of the proceeds from the car show honor the five Tennessee National Guard Aviators who have given their lives in the line of service by raising money for scholarship funds named in their memory. Sergeant Greg McLean said he was with two of the fallen aviators when they died in the line of duty, and says he will never forget that day. “It’s great to get out her and see the people support what we do and those that have given their life, the ultimate sacrifice for this country,” Sgt. McLean said. Chief One Officer William Newman said this car show is close to his heart because one of the fallen aviators was his childhood best friend. “This is great because it shows a lot of people just like to come and show their cars and stuff like that but to now what they’re supporting and where their money goes to for a college scholarship for a kid or an adult to get a higher education,” Officer Newman said. People were able to compete, admire, and shop during the car show, as well as watch a motorcycle ride of old and new bikes. There was a silent auction people were also able to participate in to help raise money for the scholarship fund. All proceeds from the event go to the scholarship fund, and organizers say they expect to raise more than $25,000 this year.