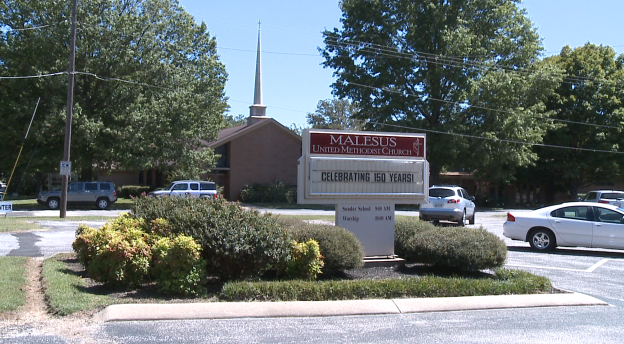 JACKSON, Tenn. — Malesus United Methodist Church held more than 400 people Sunday to celebrate their 150th anniversary. The church hosted a special homecoming service, potluck, and round-table of former ministers who shared memories of the church. Pastor Dan Weathersbee said the church is close knit, and works together as one. “So our congregations has really deep roots in the community it operates very much like a family,” Pastor Weathersbee said. “Growing up I’ve always been a apart of the church. My family has been a part of this church,” Marty Tubbs said. He grew up in Malesus UMC and said he loves coming home when he gets the chance. Jenni Beth is a life-long member of Malesus UMC and holds her church family close to her heart. “It’s just the heart of of my family’s world and I think everybody here,” she said. Ebenezer Cemetery is the location where the church was first founded and built there. When the railroads came through, they decided that the church needed to be where the hub of activity was, so they disassembled the church that they built at the cemetery and moved it. The pastor said they built their new building during the 1970’s. To commemorate the church’s 150th anniversary, church members have made a time capsule to be opened in 2040 to link their past to their future. The pastor said they plan to bury the time capsule later on this year to allow more members to contribute to the future.