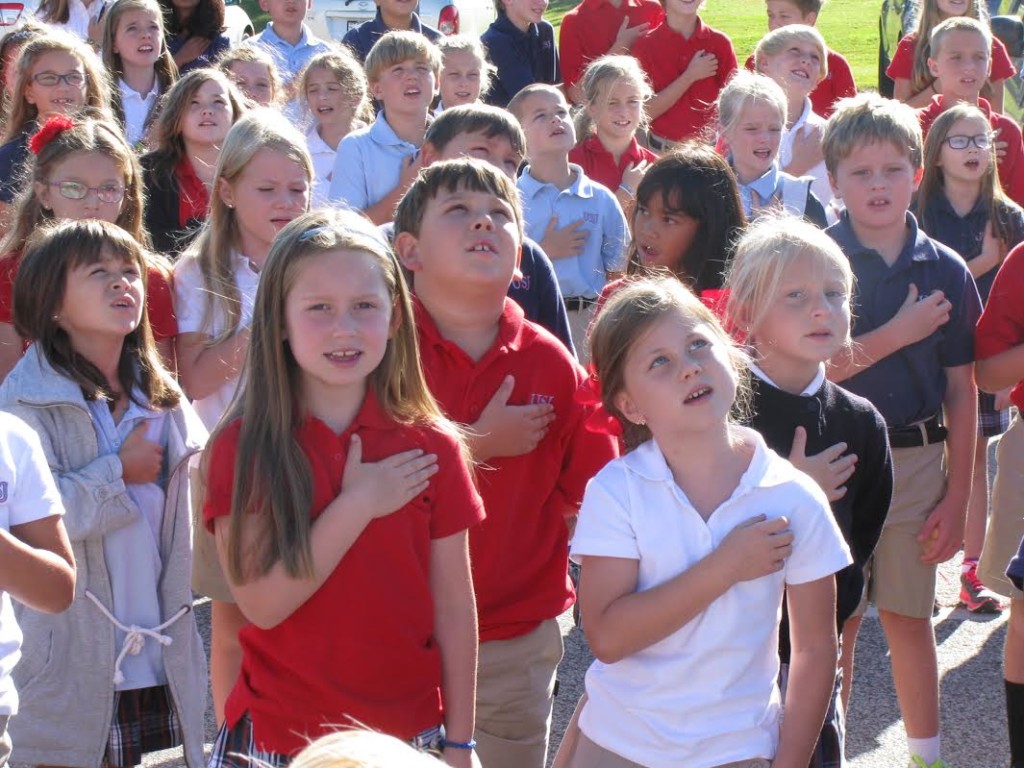 JACKSON, Tenn. — The University School of Jackson Lower School held a special dedication ceremony, Monday. As part of the school’s celebration of National Anthem Day, a special gift was unveiled. The “Freedom Shrine”, installed in the lobby, is a collection of historic document replicas meant to serve as a reminder of the great efforts made to ensure our many freedoms. The collection was donated by Janet and Mike Tankersley, in honor of their sixth grade son, Adam. The Freedom Shrine originated from the Freedom Train, which toured the nation in 1947 carrying an exhibit of historic documents. The Freedom Shrine is an exclusive project of Exchange Clubs, which was conceived in the hope and belief that it would serve as a living symbol of the rich heritage of freedom shared by all Americans.