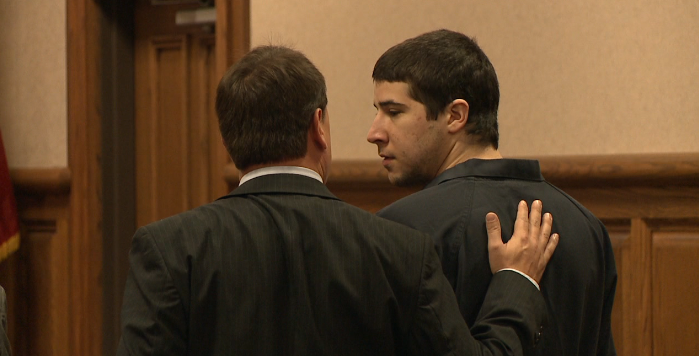 JACKSON, Tenn. — A new development emerges in what many thought was a closed murder case. Former Union University student Charlie Pittman said he wants to take back his second-degree murder guilty plea. Last month he was sentenced to 40 years after he admitted he killed his fiancee. In a handwritten motion sent from the confines of his cell at the Bledsoe County Correctional Complex, where he’s only been for a few weeks, Pittman said he’s now had a change of heart and wants to go to trial. “Sometimes later people either feel like they made a mistake or want to change their mind,” legal expert Daniel Taylor said. “Or they believe that they didn’t understand.” In the handwritten motion, Pittman said he wants a trial because he didn’t fully understand what he was doing during an Aug. 6 hearing. “You cannot change your mind later as far a guilt is concerned — it’s over with. You understand that?” Judge Roy Morgan said during that Aug. 6 hearing. “Yes sir,” Charlie Pittman replied. It’s a new twist in a seemingly closed case, but according to Taylor it’s not uncommon but is hard to do. “Just saying I changed my mind, I don’t like it after the fact is not a real compelling reason,” Taylor said. In his motion, Pittman said he felt “unjustly pressured by his attorneys to accept the deal.” He originally was represented by long-serving public defender George Googe. “The worst thing would be to try and get someone to plea guilty to something they don’t believe they’re guilty of or they’re not guilty of,” Taylor said. Pittman initially was charged with first-degree murder, accused of killing his fiancee, Olivia Greenlee, while they were students at Union University in February 2014. As part of his deal with the state, he pleaded guilty to a lesser count of second-degree murder. “You’d be just starting all over again on the more serious charge if this was accepted,” Taylor said. “But the defendant would have the opportunity for a trial.” Pittman returns before Judge Morgan for a hearing on this motion on Oct. 13.

According to the public defenders office, George Googe has been taken off the case and Pittman is now being represented by Jackson attorney Joseph Howell.