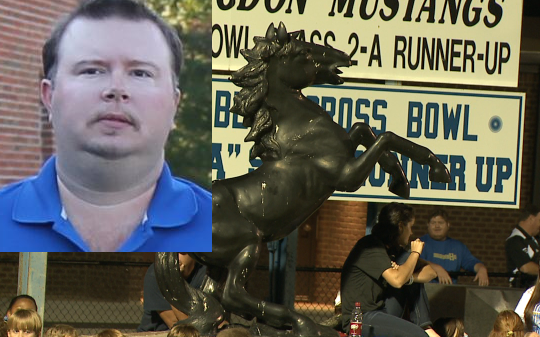 HUNTINGDON, Tenn. — Huntingdon High School students who say they don’t agree with the school board’s decision speak out after the suspension of one of their teachers for racial slurs and comments made to his students. Tylan Johnson says he thinks the punishment is too light considering some of the racial comments and slurs said to him and many of his friends. After 12 years of teaching and several years of coaching, the school district has suspended Jason Martin, citing comments he made to his students. “Freshman year there was a question that came up about President Obama and who was going to vote for President Obama, and we raised our hands and he told us — it was two black people — he told us to put our hands down because President Obama is not going to get it because he’s black,” Johnson said. Johnson said he thinks if anyone else had been reported for the same comments they would have been fired, and he says he thinks any teacher who treats their students that way should lose their job. Johnson says he hopes the school board will listen to the students when it comes to deciding whether Martin should be allowed to teach again. “But I just hope that the school board realizes that we do matter as students and they need to do something more than what they have done,” Johnson said. Martin has been suspended without pay since Aug. 31. Officials say this is the first time he has been reprimanded.