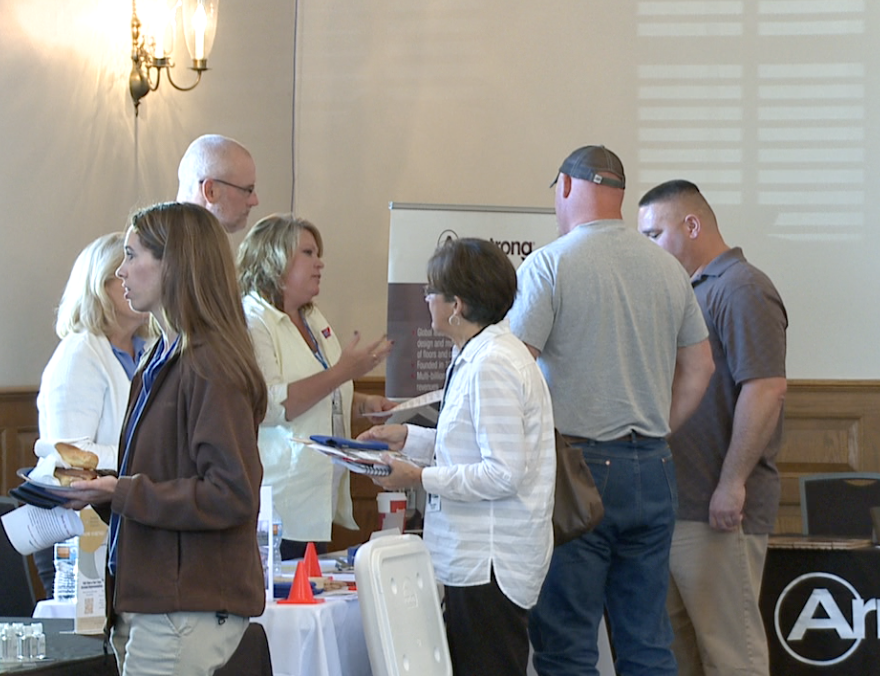 JACKSON, Tenn. — With a 5.7 percent statewide unemployment rate, it’s no secret that many Tennessee residents are out looking for work. The Paychecks for Patriots program is hoping to make things easier for unemployed veterans. About 18 local and national companies came to the Thursday event looking to recruit the people who defend our nation’s freedom. Local veteran Carnell Grimes was at the event hoping to find employment. “It’s good that employers are putting together a fair like this trying to get veterans some work, because I haven’t been able to find any work,” Grimes said. Local as well as national companies were at the event. Local organization Natchez Youth Academy was looking to recruit some of the nation’s finest. “We’re there just to not only provide for the youth that we take care of but just also for the people in the community and these guys,” said Natchez Youth Academy recruiter Jason Vandiver. “The thing’s that they’ve been through and seen and done, they can bring so much to us.” This was one of eight Paychecks for Patriots job fairs held Thursday across the state of Tennessee.