Cultures converge on the Hub City 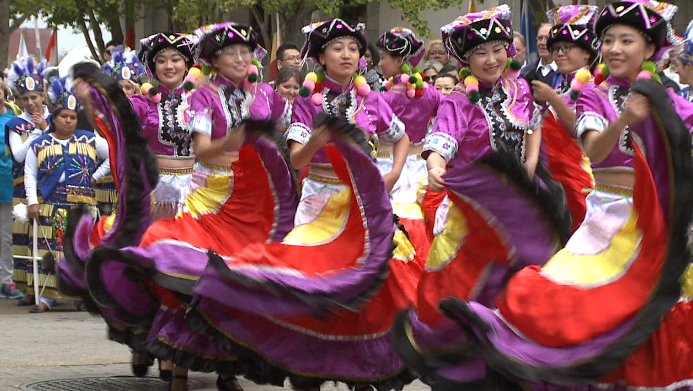 JACKSON, Tenn. — An array of cultures were all on display Saturday in Downtown Jackson showcasing how diverse the Hub City really is. “It’s one Jackson with so many flavors,” Jackson Mayor Jerry Gist said. “It’s really just amazing how many different cultures we have here.” Countries from around the globe were all represented right here in Jackson for the second annual International Food and Arts Festival. “We were really amazed that there were so many different cultures and nationalities here,” Festival Participant Janki Patel said. “Having a chance to organize this is wonderful, you learn a lot from different people.” More than 30 different cultures set up booths with food, games and music. “If you want to learn about a particular country this is the place to be,” organizer Dr. Sandra Dee said. “I call it our little Epcot.” As you make your way around visiting the different countries, each one has their own unique story. “People like our outfit, people love the way we dress up,” Patel said. “There’s a lot to offer and having a good detailed story with it helps to explain things.” As these diverse cultures and nationalities interact, organizers said they hope it brings the community closer together. “We have to have peace and harmony,” Dr. Dee said. “By knowing and understanding other cultures, we develop tolerance and that will promote peace and harmony.” The festival is part of the 2015 Season of Unity formed by the Citizen’s Commission on Unity formed by Jackson Mayor Jerry Gist.