MILAN, Tenn. — A pastor is arrested after deputies respond Sunday to a reported domestic disturbance at a Milan church. 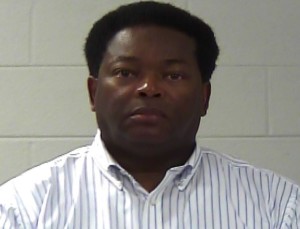 Edward Lewis was arrested after deputies responded to the report at Body of Christ Church, located at 214 Medina Highway in Milan, according to a release from the Gibson County Sheriff’s Office.

Investigators determined Lewis, who is the church’s pastor, was the primary aggressor against his girlfriend in a physical altercation. The conflict reportedly began the previous day with an argument at the church.

Lewis was arrested on a domestic violence charge and transported to the Gibson County Correctional Complex.

Lewis is free on a $1,000 bond and is scheduled to appear Jan. 12 in Trenton General Sessions Court.