WEAKLEY COUNTY, Tenn. — The sheriff’s office has confirmed that a missing Weakley County woman has been found dead. 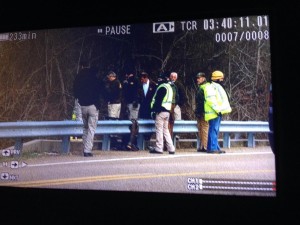 Rainey was found just after 8 a.m. Tuesday near a bridge on Highway 190 near Gleason, which Sheriff Mike Wilson said is less than a quarter of a mile from where she was last seen.

The body has been sent to Memphis for an autopsy.

The investigation is ongoing, and no charges have been filed.

Investigators said Rainey’s boyfriend called the sheriff’s office Monday morning to report Rainey went for a walk at 10 p.m. Sunday and had not returned.

Deputies said she left from a residence on Jennifer Lane near Jolley Springs Baptist Church located on Highway 54 near the Weakley County and Henry County line.

“We were the only two that brought our 4-wheelers and so they assigned us to travel up I-90, and that’s where we were going to concentrate our search this morning,” he said. When they approached a bridge, he said they both stopped and checked each side.

Michael said he spotted Rainey’s body shortly after stepping over the guard rail. “She was in the water,” he said.

Family members said while this isn’t the outcome they had hoped for, they are grateful she has been found.

“Cindy was always laughing, always having a big smile on her face and everything was funny, and she was just a wonderful person to be around,” family member Michael Wimberley said.