CHESTER COUNTY, Tenn. — Officials have confirmed the body of missing 2-year-old Noah Chamberlin has been recovered.

Chester County Sheriff Blair Weaver fought back tears as he made the announcement during a Thursday afternoon news conference. 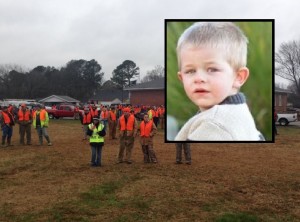 Weaver said Noah’s body was found earlier Thursday about a mile and a half from the home in Pinson where he went missing exactly a week ago.

Officials are calling Noah’s death a tragic accident. They said no foul play is suspected and that an autopsy will be requested as part of standard procedure.

Officials said the child’s body was found in a clearing.

Noah reportedly went missing around 1:30 p.m. Thursday, Jan. 14, while on a nature hike with his grandmother and 4-year-old sister in the woods behind their home, according to Tom Mapes, Public Information Officer with the Madison County Sheriff’s Office. The grandmother told officers she was paying attention to her granddaughter for a moment and when she looked up, Noah was gone.

The search for the toddler lasted almost a week and covered around 1,000 acres. Law enforcement officers and hundreds of volunteers endured rain, snow and freezing temperatures.

Officials say the spot where Noah was found was on the end of one of the grids of their search area.

WBBJ 7 Eyewitness News will have more information as it becomes available.