JACKSON, Tenn. — The University School of Jackson has hired a new head football coach who will lead the Bruins this fall. 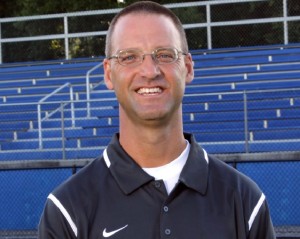 Rusty Bradley, head coach of Christian Academy of Knoxville, will be taking over the team’s head coaching spot, according to a release from the school. He will be on campus Monday to meet the Bruins.

USJ received around 100 applications for the position before making their selection.

“We were impressed by the success he’s had in his division and in the private school system,” USJ Athletic Director Jody Evans states in the release. “Rusty’s character, the way he runs his team, his offensive philosophy … all of these things make him a perfect fit for USJ.”

Bradley has been the head football coach at Christian Acedemy of Knoxville for the past nine years, according to the release. During that stint, he led the team to back-to-back state championships in 2011 and 2012.

“I’m excited to be a part of the football tradition at USJ,” said Bradley. “I’ve known about the school for a long time, and when I came to Jackson, I felt right at home in the city and on the USJ campus.

“My time at CAK has been a huge blessing. But, at this time, God is directing my path in a different direction. If I am who I say I am, I have to be obedient and follow His leading. Is it easy? No. It’s been very emotional, but I feel God telling me this is what I need to do.”

Under the helm of Bradley, CAK had an overall record of 88-30. His teams only two loses last season were against eventual state champion Alcoa (3-15 against Alcoa).

The Knoxville native said this decision wasn’t just about football.

“I’ve been at CAK almost a third of my life,” Bradley explained. “Who I am and how I’ve grown is because of what CAK has done for me. I are here to invest in the kids, but I’ve learned so much from them and from their families, too.”