,
JACKSON, Tenn. — Be prepared to put down the cell phone. A new bill making its way through the state legislature would require drivers in Tennessee to go hands-free or face a $50 fine. 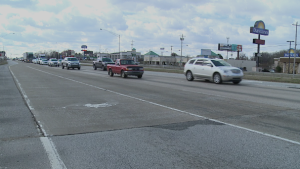 “We’ve had traffic fatalities where the people have the cell phone in their hand,” Sgt. Joseph Gill with the Madison County Sheriff’s Office said. “They’re in the middle of sending a text message.” Gill said Madison County leads the state in teen crashes, ages 16 to 25. “I think a lot of those crashes could be prevented if they stayed off the phone, they weren’t distracted by text messages,” he said. Some drivers said fining people on the phone is a bad idea. “I think it’s just another way the state’s going to tax you, take your money from you,” Gene Crowell, a driver, said. Others said they believe the proposal will save lives. “Eyes on the road, hands on the wheel,” Carol Baldwin, a driver, said. Even if the state decides to go hands-free, some drivers said they still think some people will pick up their cell phones and use them. “No, I don’t think it would stop them,” Crowell said. “I think it’s a cultural thing.” If the bill becomes law, Gill said he thinks it will benefit the state. “I don’t believe it will deter everyone, but if we can save one life, prevent one accident, you know, somebody from being injured,” he said. Law enforcement, emergency personnel and people using a telephone in an emergency would be exempt. If approved, the law would take effect Jan. 1, 2017.
Categories: Local News, News, Video
Share this...