GIBSON COUNTY, Tenn. — A traffic stop for a light violation led to an evading arrest charge for a man deputies say fled on foot after lying about his identity. 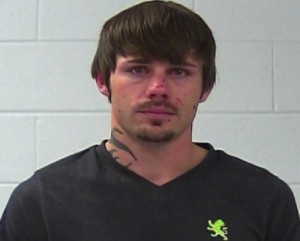 When deputies stopped the car around around 12 a.m. Friday on Esquire Green Road, a passegner in the back seat told them his name was Keith Smith.

However, they determined the man’s real name was Randal Smith and that there was an arrest warrant for him out of Dyersburg, according to a release from the Gibson County Sheriff’s Office.

Smith then got out of the car and fled on foot, according to the release.

Deputies chased him down and caught him behind a home. After taking him into custody, deputies found methadone pills and marijuana in Smith’s possession, according to the release.

His bond is set at $4,000 and he is scheduled to appear in court March 1 in Trenton.