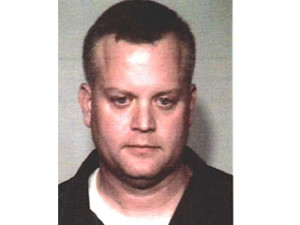 Mark David Williams, 41, of Oakfield is charged with DUI and violation of implied consent law after he was pulled over Saturday by a Madison County deputy, according to court papers.

Williams has not been suspended from the department, according to Stewart.

The deputy stopped the vehicle Williams was driving after he made a wide turn onto Bedford White Road along with other unspecified traffic infractions, according to an affidavit.

The deputy smelled alcohol, and Williams agreed to perform field sobriety tests, which he did not successfully complete, according to the documents.

The charging documents say Williams refused to submit to a chemical blood test.