Rescues drive hundreds of miles to save abandoned pets

HARDIN COUNTY, Tenn. — The rubber meets the road almost every day for Jennifer Penick, one of the founders of the Hardin Animal Relocation and Transition Team, or HARTT. 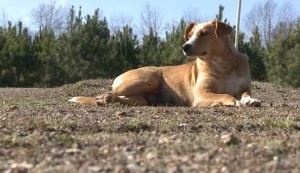 With the overpopulation of animals in Hardin County and surrounding counties, dogs get dropped off daily at houses across West Tennessee. One dog in particular was pregnant with puppies when she was dropped off at a home in McNairy County. Penick got the call and got there as soon as she could. Fortunately in this case, the homeowners took care of the pups until she arrived.

“Six absolutely gorgeous puppies, and thank goodness they [the homeowners] decided to raise them up to this point, because it makes it a lot easier on us,” Penick said.

Penick usually drops the puppies off with a foster if she can’t take care of them and then drives them to Alabama. From there, they’ll be taken to be adopted in another state.

HARTT works closely with the Hardin County Animal Services, a no-kill shelter which holds about 80 dogs.

“We believe there’s a home for every animal. We just have to find it. That’s the hard work,” Debbie Nowicki, the shelter’s director, said.

Nowicki also has to deal with residents who want to have pets but can’t take care of them.

“The problem we run into is when we go out to a situation where the person is completely disconnected with what their situation really is, and they truly believe they’re doing the best for the animal,” Nowicki said.

Hardin County Animal Services works with Animal Rescue Corps, a national group that came into West Tennessee over the winter. The organization took dozens of pets from homes where they weren’t getting the care they needed.

“The registry puts a little fear into people. If you’re going to get convicted of this, people are going to know,” Nowicki said. 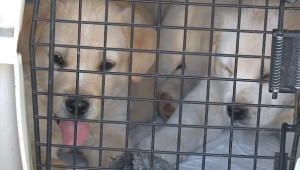 “If you register them, is that going to keep them from doing that again? I don’t know,” Penick said. “Do we have enough people, enough sheriffs and police out there to take care of following up on all of that?”

As Penick makes routes daily to rescue pups, she dreams of a long-term solution. “We’re hoping this is going to make a big difference in the long. It’s not a short-term fix, but it’s a long-term fix.”

Rescues say the best pieces of advice they can give is to spay or neuter your pet. Also keep your animal up to date on shots, because preventative care such as rabies vaccines are much less expensive in the long run.

For more information on HARTT’s rescue efforts, visit their website at www.harttrescue.org.