At 9:40 p.m., the VIPIR 7 Radar was showing a line of storms developing ahead of a cold front pushing through Oklahoma City. While these storms might still be roughly 500 miles away from Jackson, they’ll be arriving in northwest Tennessee tomorrow morning. 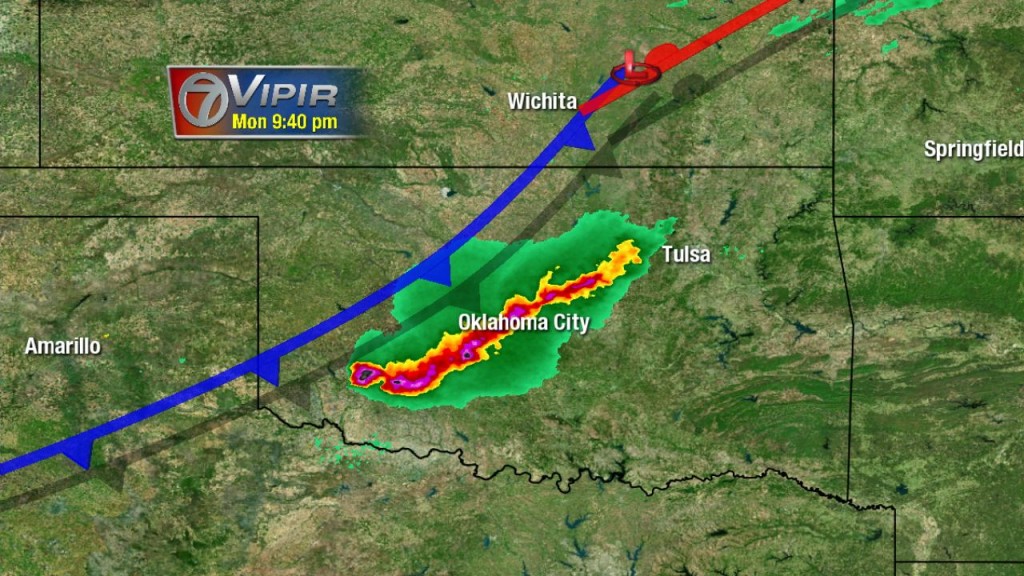 West Tennessee is under a “slight” risk for severe weather on Tuesday (level 2 out of 5). This is not expected to be a large outbreak but is only looking like a chance for one or two thunderstorms that develop to become severe. However, rain will be heavy at times tomorrow morning with a chance for many to see frequent lightning in some storms along with gusty winds. 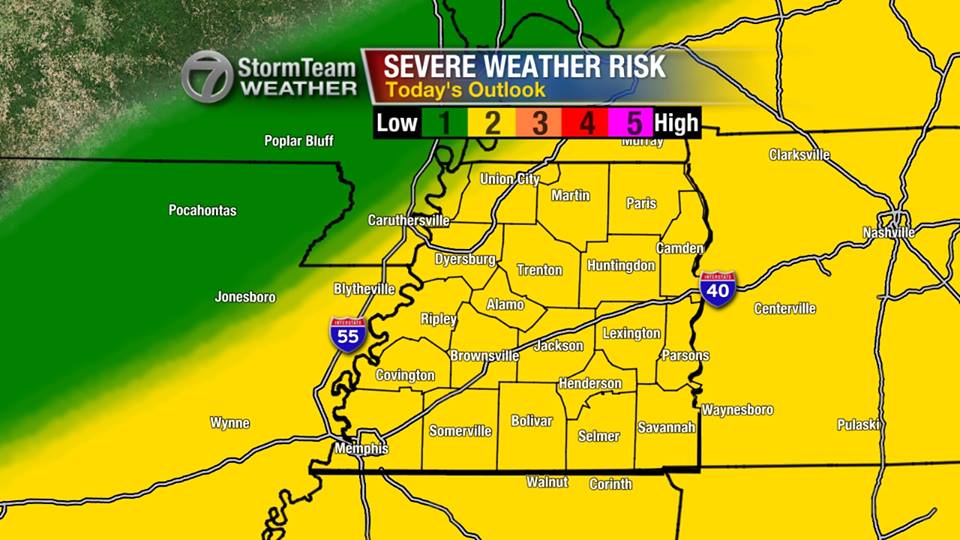 Northwest Tennessee will be the first to see storms push in tomorrow morning which will likely affect the morning commute in areas like Ripley, Dyersburg, Union City, and Tiptonville. Jackson, Trenton, and Huntingdon are probably not going to start seeing the worst storms until after the morning rush and before lunchtime. The lunchtime hours are looking stormy for areas like Henderson, Lexington, Parsons, Selmer, and Savannah. 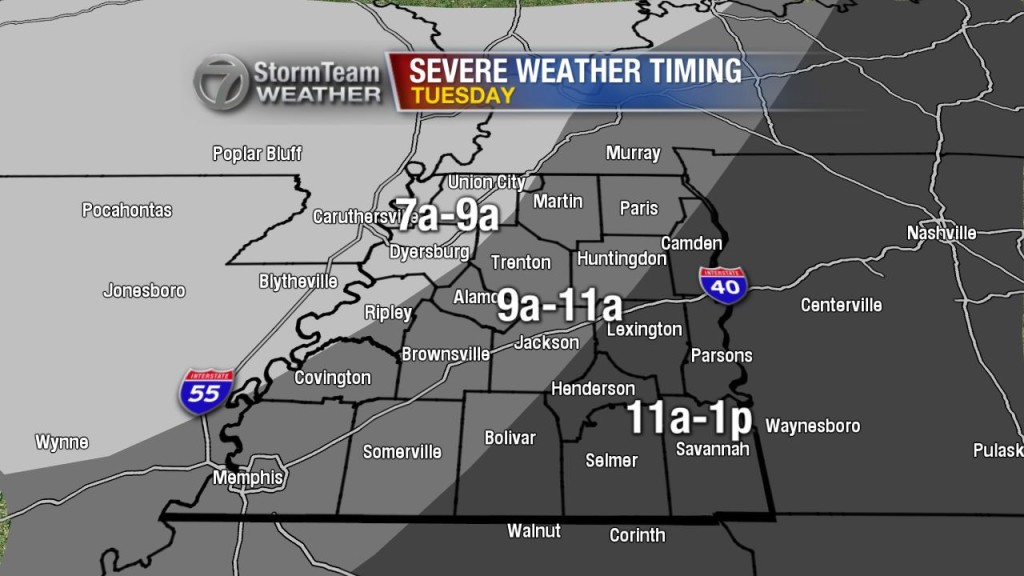 When it comes to what we should expect when these storms come in, we’re mostly looking at heavy rain, gusty winds, and scattered thunderstorms. However, if any storms become severe the main threats will be with damaging winds. A thunderstorm producing large hail or even heavy rain that leads to flash flooding will also be possible. An isolated tornado is also possible but the probability will be low for that to occur. 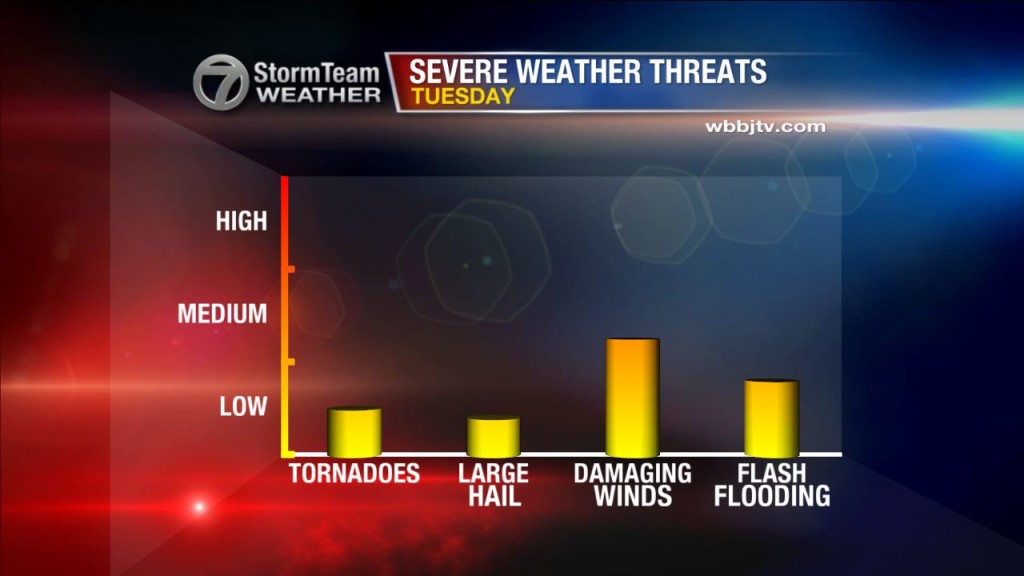 By Tuesday afternoon and evening, the cold front will be pushing through bringing colder weather back to the Mid-South. Temperatures will start out near the freezing mark on Wednesday morning which will feature mainly clear skies. Another chance for rain will present itself in West Tennessee on Thursday.

Stay with the VIPIR 7 Storm Team for the very latest updates to this forecast.