JACKSON, Tenn. — A new summer program could give students in Madison County a safe place to go when school is out. 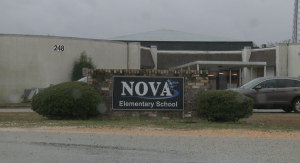 The county said the money will pay for staff, utilities, sports equipment, supplies and field trips.

“They’ll keep them, keep these kids occupied, give them something to be positive about,” Madison County Commission Chairman Gary Deaton said.

The nine-week camp would run from 7:30 a.m. to 5:30 p.m. The county plans to have about 125 elementary aged children. “It’ll put activity in that community that’s positive and not negative,” Deaton said.

Smith said parents would have to pay $40 a week per child but would get a discount if they have multiple kids. “We want to cover our expenses and then a little bit,” Smith said.

Smith said breakfast and lunch would be provided.

The money approved Tuesday only covers the first five weeks of the camp. Commissioners expect to spend another $20,000 in the next budget year to cover the remaining costs.

The proposed budget amendment will go before the entire Madison County Commission for final approval on March 21.