MADISON COUNTY, Tenn. — A local judge rules in favor of a fired Madison County deputy Tuesday, saying she should get her job back. 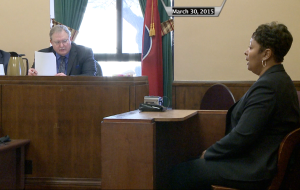 Vatisha Evans-Barken took her case to the Civil Service Board after then-newly-elected Sheriff John Mehr fired her in September 2014.

Evans-Barken argued she thought she was on approved family leave.

Her attorney is requesting she be reinstated as a sergeant and get about $100,000 in back pay.

Hear from both sides on WBBJ 7 Eyewitness News at 10.