DECATUR COUNTY, Tenn. — A federal judge has sentenced a woman to more than two years in prison for operating a mail fraud scheme that defrauded a Tennessee company of more than $700,000. 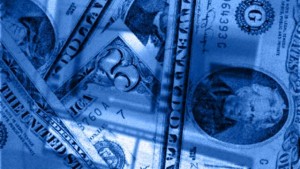 Vickie McBride, 50, of Decatur County was sentenced Tuesday to serve 27 months, according to a release from the U.S. Attorney’s Office. She was also ordered to pay $770,829.22 in restitution.

In 2007, McBride devised a scheme to steal funds from Buck Building Supply by accepting cash payments made on customers’ accounts and showing the payments as store credits in the company’s computer accounting software, according to the release.

McBride was employed as an office manager. The scheme defrauded the company of more than $770,000 and lasted until 2014 when the business’ owners discovered the fraud.

The U.S. Postal Service was used to accept customers’ payments.

McBride pleaded guilty in October 2015 to one count of mail fraud.

The business had locations in Decatur County and Henderson County.

The Tennessee Bureau of Investigation and the United States Postal Inspectors Service investigated the case.