GIBSON COUNTY, Tenn. — Deputies have charged a woman with arson in a November house fire in Fruitland. Investigators say her mother and stepfather were asleep inside when she started the blaze. 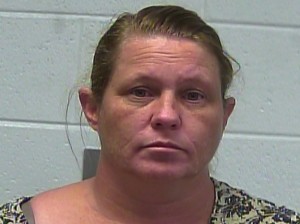 After a lengthy investigation, Katherine Jamieson, 43, of Humboldt is charged with aggravated arson in the Nov. 16 fire, according to the Gibson County Sheriff’s Office.

Investigators say she used an accelerant to light a broom and leaves on fire outside the home on Thelma Richardson Road where her mother and stepfather were asleep inside.

Deputies say the man and woman woke up when they smelled smoke and were able to make it out safely and call 911.