JACKSON, Tenn. — Get ready to pay up if you’re going to cruise in the passing lane. The State House passed a bill to create a $50 fine for driving slow in the fast lane on major highways in Tennessee. 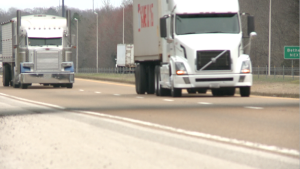 The bill would require cars to stay out of the left lane of three-lane highways except to pass other vehicles.

Some drivers say they’re thrilled with the proposal.

“I just can’t stand to have cars beside me when I’m trying to get to my destination,” driver Brianna Howard said. “I think if they’re going to drive slow, they should get a fine or speed up.”

Republican Rep. Jon Lundberg of Bristol said he hopes lawmakers come back and place the same restrictions on two-lane highways.