Stormy Later in the Week

WEDNESDAY
With scattered showers to start the day, skies will be mostly cloudy tomorrow. Despite the expected lack of sunshine, we should still have a breezy day on our hands with southerly winds bringing temperatures back to the mid and upper 70s again. Scattered showers and thunderstorms will also be possible.

THURSDAY THROUGH SATURDAY
More rain is likely Thursday, Friday, and Saturday with a possibility for thunderstorms within the oncoming showers. Some of the rain could be heavy at times leading to localized flooding across West Tennessee, but especially in areas near the Mississippi River. When all is said and done, we’re generally expecting close to 2″ of rain for Jackson but farther west there could be as much as 4″ in parts of West Tennessee near the Mississippi River (Dyersburg, Ripley, Tiptonville) but it’s possible that parts of West Tennessee near the Tennessee River (Savannah, Decaturville, Camden) get 1″ to 2″ between now and Sunday. 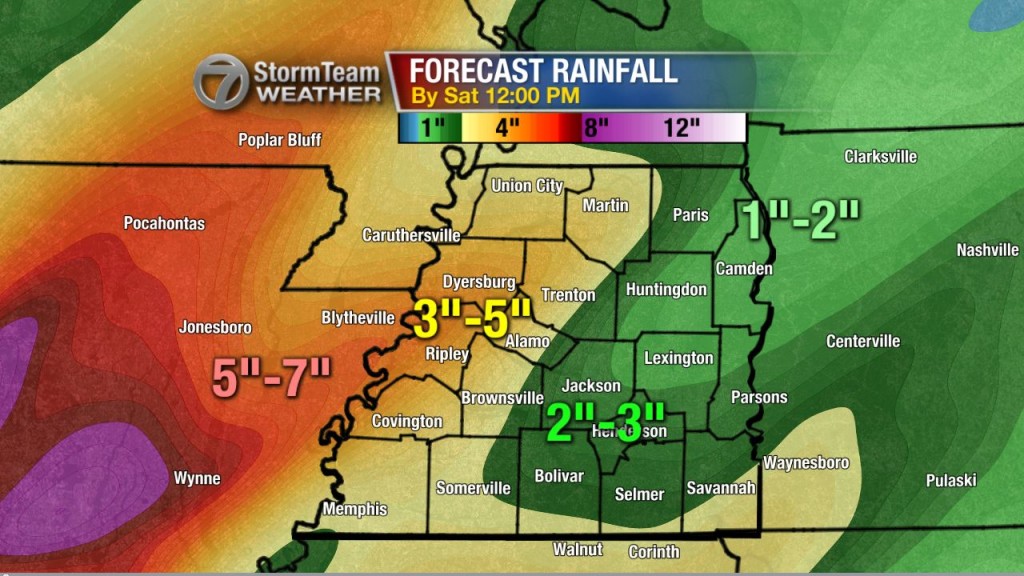 Stay with the VIPIR 7 Storm Team for the very latest updates to this forecast.