NORTH JACKSON — Firefighters responded Wednesday to an afternoon blaze on Oak Ridge Drive that reportedly started as a grease fire. 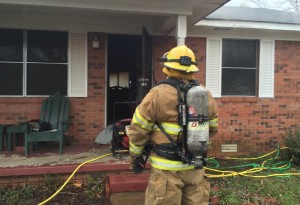 First responders say the kitchen sustained most of the damage while the rest of the home had water and smoke damage. No injuries were reported.

Firefighters say the fire got out of hand when water was used to try and extinguish the flames.

“This should be a lesson to folks to learn fire safety,” said Battalion Chief Brian Bowers of the Jackson Fire Department. “You should smother that grease fire instead of trying to add water to it. Maybe dump some flour on it, but the best thing to do is get out.”

It took first responders about 20 minutes to put out the fire.