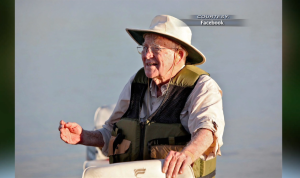 The 90-year-old native of Birmingham, Ala., made his home in the Hub City for decades.

Graham was known for many roles in the West Tennessee area, including his service in the Navy, as coach to several successful youth teams as well as his role on several Jackson city boards.

“He was very opinionated, spoke his mind very clearly but very respectfully,” said Gary Deaton, a lifelong friend of Graham. “He told you what he believed and what he thought, and I think people can remember a person like that because they realize that their desire is to do what’s best for everyone.”

Graham was a faithful member of the Saint Mary’s Catholic Church where a service was held in his honor earlier this week.