Scattered Showers Over the Weekend

A FLASH FLOOD WATCH is in effect for Lake, Obion, Dyer, Gibson, Crockett, Lauderdale, Tipton, Haywood, Madison, Shelby, Fayette, and Hardeman counties until 6am Sunday. With the heavy rains we’ve had recently, any rain that does fall will only cause water levels to rise resulting in a possibility for closed roads and more flooding in low-lying areas. 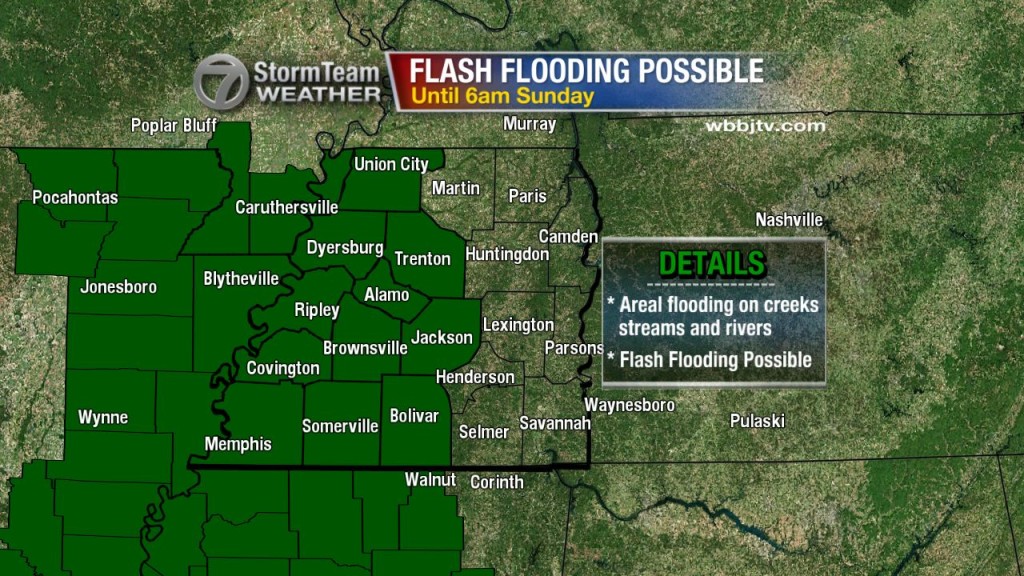 Scattered showers will still be possible overnight but most of the rain will be light. A few roads could still be covered with water so drive safely if you’ll be out. Skies will remain cloudy with temperatures dropping to the low and middle 50s by Saturday morning.

THIS WEEKEND
Scattered showers and thunderstorms will be possible on Saturday and Sunday but the rain will be likeliest on Saturday night and on Sunday night. West Tennessee is looking at a possibility for a trace to 2″ of rain between now and Sunday night before the showers subside. With a warm front moving in, temperatures should be warmer than they’ve been recently – reaching the upper 60s to low 70s during the afternoons. 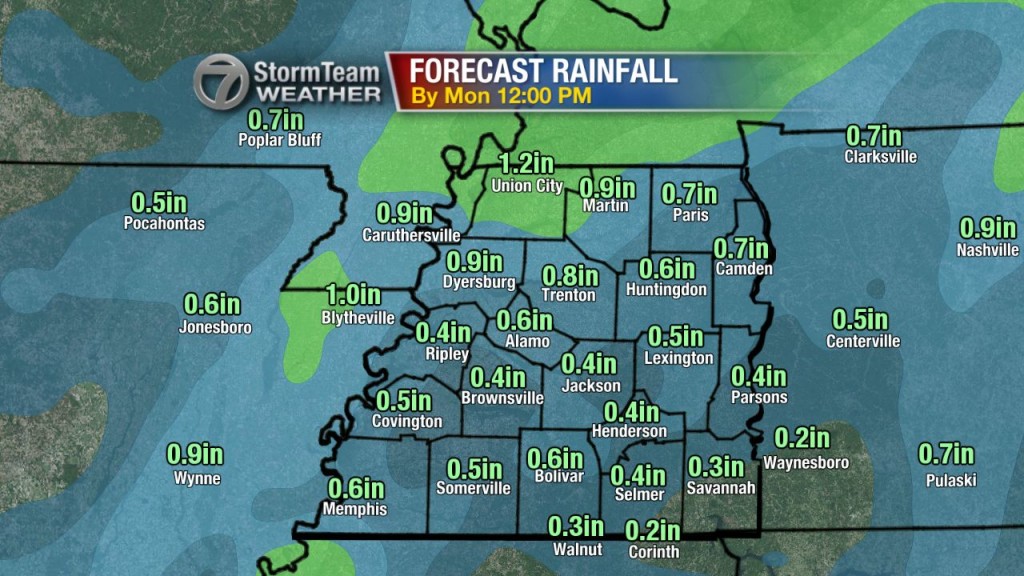 Skies may reveal some sunshine afternoon, but another round of showers coming Sunday evening could mean trouble. On Sunday night, an area of low pressure will move into West Tennessee giving us a chance for heavy rain, gusty winds, and possibly some hail too. We could see some strong to severe thunderstorms at that time bringing a threat for this weather to the area so we’ll be monitoring the forecast closely this weekend. 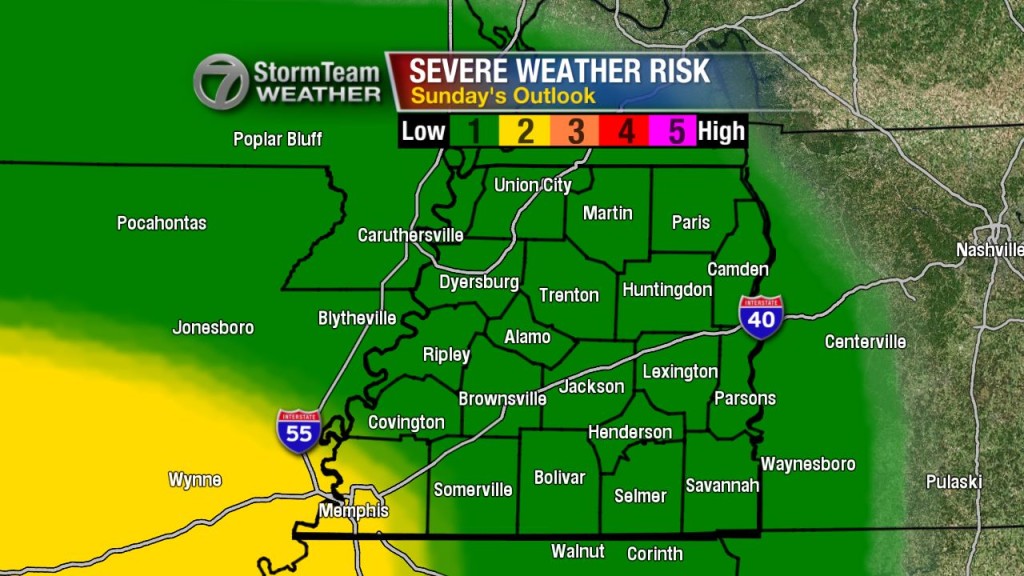 NEXT WEEK
Drier and warmer weather will return on parts of Monday and Tuesday with temperatures getting close to 80° Tuesday afternoon! We could see some showers and thunderstorms again Tuesday night into Wednesday morning but confidence is still low with this part of the forecast right now. Stay with the VIPIR 7 Storm Team for the very latest updates!