JACKSON, Tenn. — City officials have announced that some of the streets that were closed Thursday due to flooding now have been reopened. 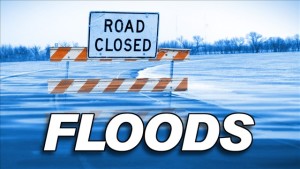 The streets that are now open to traffic are North Kentucky Street, A Street, C Street, D Street and Ashport Road, according to the city’s engineering department.

Officials with the department say more rain could mean more temporary closures and that if you can’t see the roadway to remember the saying — “Turn around. Don’t drown.”