Big Change in Temp Ahead

Many area rivers will continue with at least minor flooding as rivers are forecast to crest Tuesday afternoon. 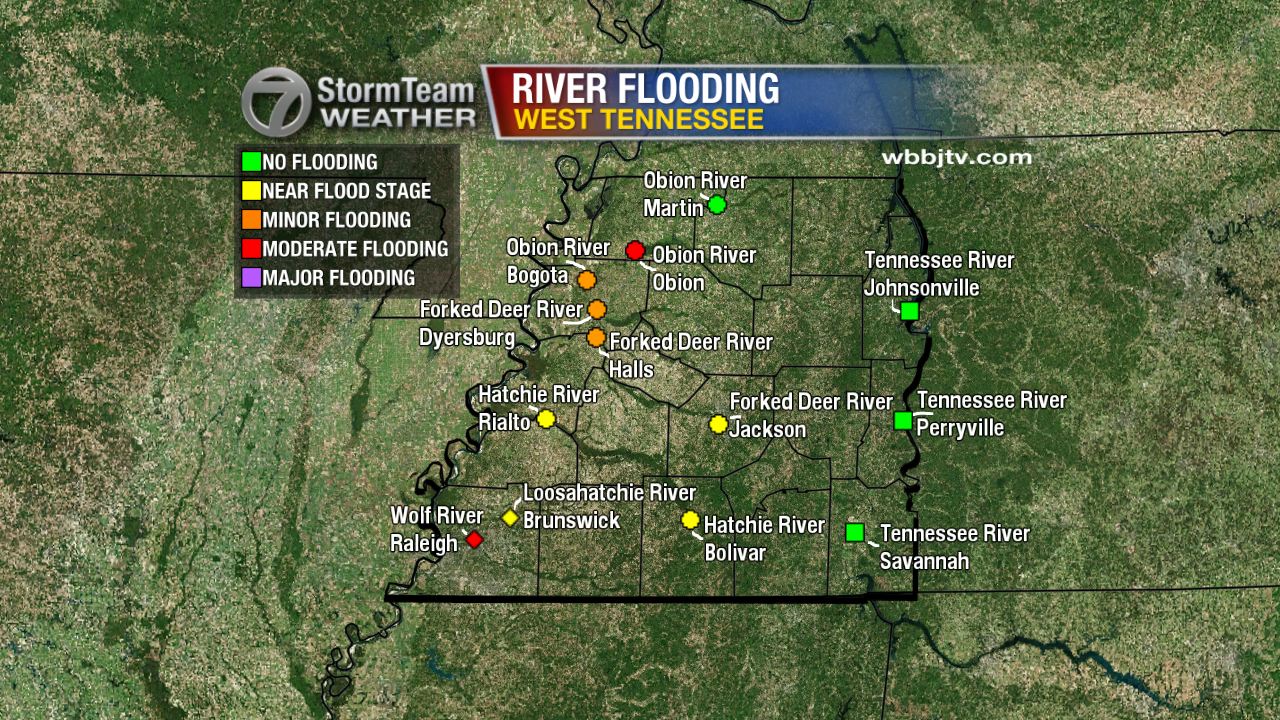 Expect a nice mild night across West Tennessee with temperatures dropping to the low and middle 50s under mostly clear skies and light winds. Patchy fog will be possible but if winds pick up around sunrise at 7:06 a.m. then fog will become less likely.

TUESDAY
You should expect a very warm, breezy, and sunny day tomorrow. Winds will become strong at times gusting over 20 miles per hour during the afternoon. Temperatures will warm up to the upper 70s and low 80s for what will likely be the warmest day of the year so far. We could set a new record in Jackson with the current record high at 82°F.

TUESDAY NIGHT
A cold front coming into West Tennessee Tuesday night will bring a slight (20%) chance for isolated showers and thunderstorms – mainly near the Tennessee River. However, any thunderstorms that form could become strong or even severe. Confidence for these storms to occur is low, but damaging winds and large hail would be possible if any storms reach severe limits. 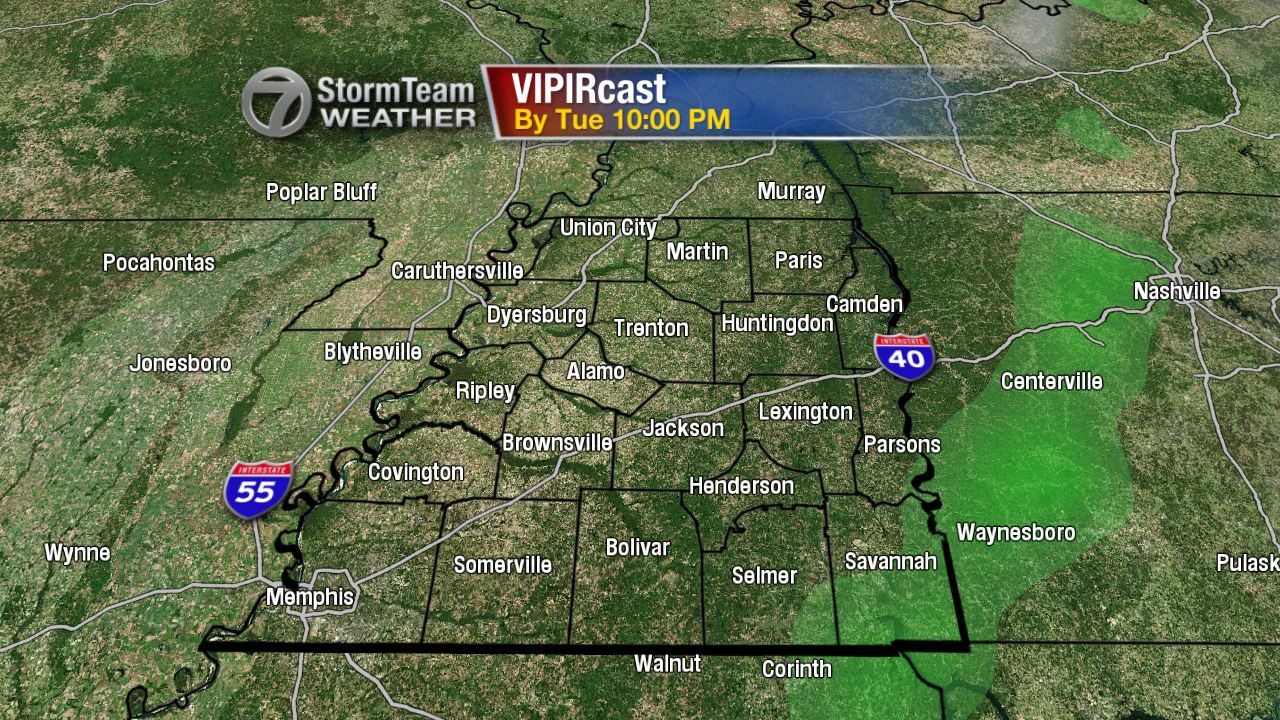 REST OF THE WEEK
From Wednesday on through the rest of the week, temperatures will continue to get cooler with a possible frost over the weekend. Pollen counts will also remain high over the next few days. Stay with the VIPIR 7 Storm Team for further updates! 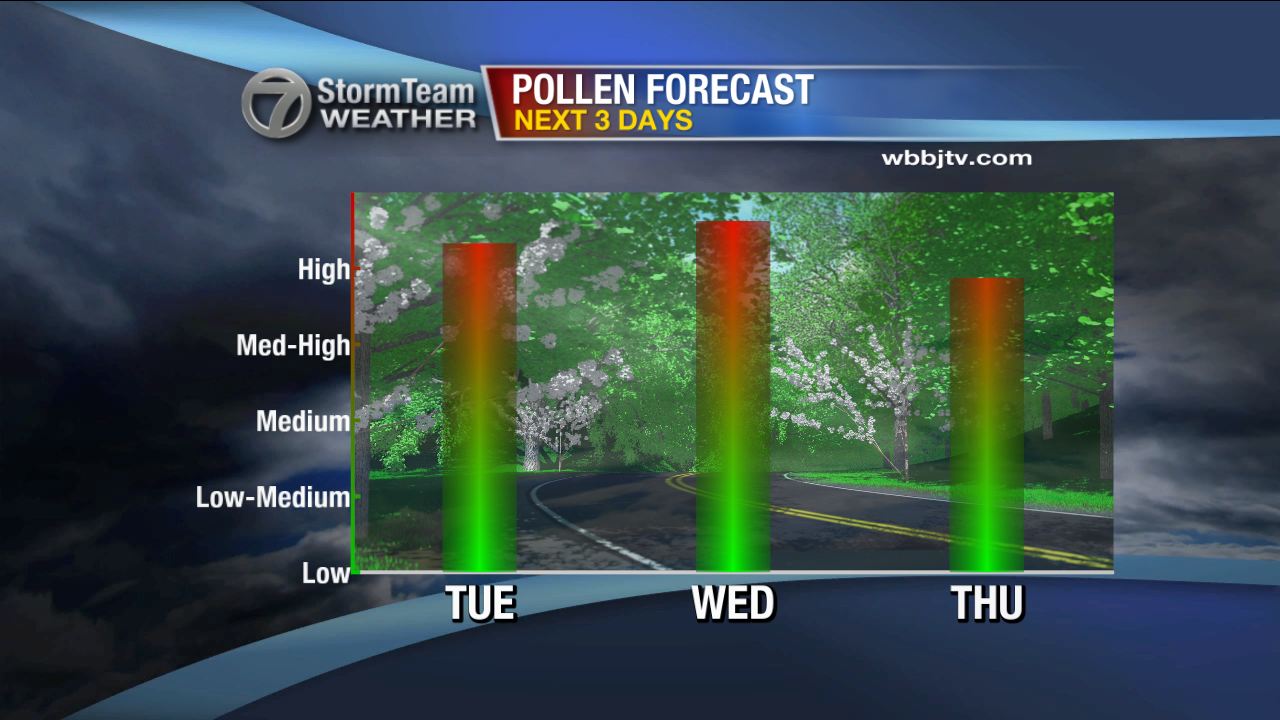