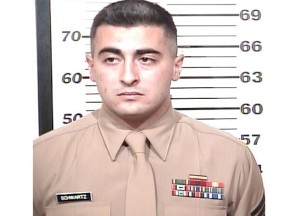 Sgt. Steven Joseph Schwartz of Paris was initially charged in November with statutory rape by an authority figure.

He was accused of engaging in unlawful sexual relations with a female minor in Paris in October, according to a release from the Henry County Sheriff’s Office.

Deputies say Schwartz met the victim and started a relationship with her while in the scope of his duties as a Marine recruiter.

Schwartz was sentenced to one year and will serve his time by state supervised probation, according to the Circuit Court Clerk.

It is unclear whether Schwartz will be required to register as a sex offender, according to the Court Clerk’s Office.

Ja Morant fined $35K after jawing at referee during game