BROWNSVILLE, Tenn. — Pit bull owners in one West Tennessee community have a new set of rules to follow if they want to keep their dogs. 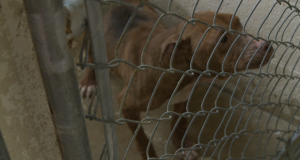 Rawls said the city has an issue with dog abuse and fighting the pit bull breed.

The city board voted to make an amendment to a 2008 ordinance banning pit bulls within the city limits.

Current pit bull owners are allowed to keep their dogs as long as they comply with the amendment over the next few months.

“Register their dogs, have them spayed or neutered and microchipped,” Mayor Rawls said. Other vicious dog breeds or dogs known to be violent will also have to be registered. Rawls said that could apply to any type of breed once the dog has been evaluated and classified as violent.

If current owners do not follow the ordinance, the animals will be taken to the city’s no-kill shelter. Staff said they see aggressive pit bulls come in regularly.

“I can say she’s been out-bred many, many times. It’s likely that her puppies ended up as bait or they were also introduced into the fighting themselves,” Animal Control Officer Mariah Burk said of a female pit bull brought in with another male three days ago.

The two pit bulls were brought in from an area she said is well known for dog fighting. Both the female and the male have severe dog aggression. Animal control officers said the female does appear to be very good with people though.

“We’ve tested her out with people — very good people dog. As far as other dogs, it’s not OK,” Burk said.

The two pit bulls are only a small example of how the environment they were raised in is a bigger factor in behavior than their DNA. “She can’t be around other dogs without flipping a switch and going into that mode because that’s all she knows,” Burk said.

The way the ordinance stands, no new pit bulls will be allowed to live in the city limits after the 60-day registration period expires.