HARDEMAN COUNTY, Tenn. — The sheriff’s office has charged a juvenile accused of shooting his father Monday afternoon at their home near Whiteville. 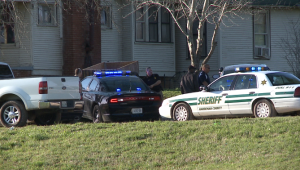 Sheriff John Doolan says the 15-year-old who shot his father is now charged with attempted first-degree murder and theft under $500.

The boy’s father was transported by Haywood County EMS to Jackson where he was last listed in serious but stable condition.

Deputies said the 15-year-old shot his father in the shoulder with a shotgun. The boy’s younger sister was the one who made the call for help.

Deputies said the gun was loaded with bird shot but that the father sustained serious injuries. The son also had to be treated.