CROCKETT COUNTY, Tenn. — THP officials say a woman crashed her car in Gadsden after fleeing from a state trooper during a Thursday afternoon traffic stop. 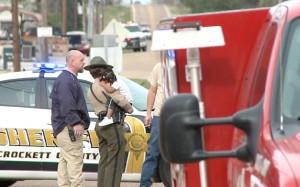 The woman also reportedly had a 3-year-old child in the back seat who was not restrained. Officers say the child was not injured.

Around 3 p.m., a trooper pulled over a blue Chevy Cavalier driven by a 20-year-old woman along Highway 79 in Haywood County, according to Sgt. Chris Richardson with the THP Memphis district.

The woman provided false information and then sped away as the trooper was walking back to his car. 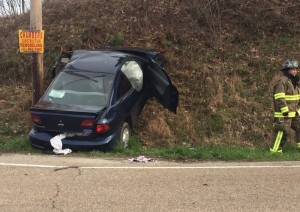 The pursuit started around 3:10 p.m. and lasted less than ten minutes. Troopers terminated the pursuit since the stop was for a minor offense.

Dispatch got a call around 3:30 p.m. reporting that the woman had been in a wreck in Gadsden involving a maroon Mercury near the intersection of Highway 79 and Highway 221. Officers say no one was seriously injured.

Troopers say they then found the woman who fled had a revoked license for a DUI.

The woman is being transported to Haywood County Jail. Her name has not yet been released.