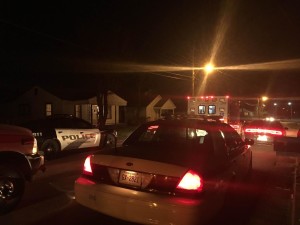 Based on the preliminary investigation, a homeowner returned to his Cloverdale Street home and found the person police are referring to as the suspect on his property, according to a release from the Jackson Police Department.

Police say there was an argument between the two and that the suspect pulled a gun. The homeowner then stabbed the suspect in the neck, according to the release.

Police responded to the incident around 8:50 p.m.

The suspect was transported to a local hospital and then airlifted to Memphis where he remains hospitalized.

Police say they recovered the suspect’s gun at the scene. They say the suspect’s name will be released once he is formally charged.